It’s always so great meeting up with like-minded friends. I wonder if because our parenting styles align, it helps our kids get on so well together. They know what is expected and are used to being parented respectfully. They in turn treat each other the same way. Or maybe I have just been incredibly lucky to find a fabulous group of friends whose children also get on so well together. Whatever it is, we always have such an enjoyable time and I marvel at the things the kids get up to. 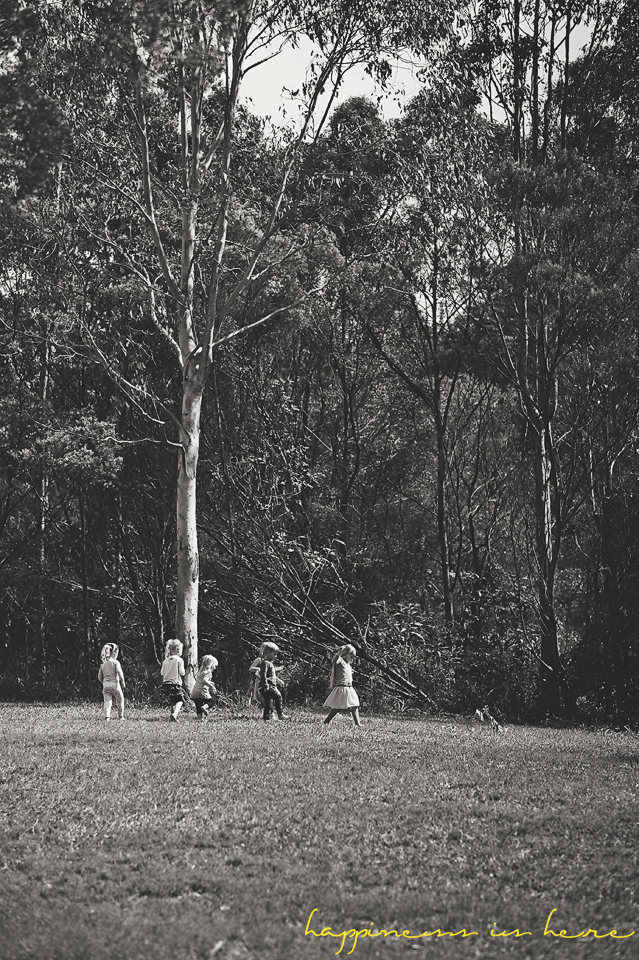 We like to meet up somewhere outdoors and let the kids run free. They go on adventures and seem to spend the time in their own imaginary world together. Watching them this week I thought about how responsible they were when given this freedom to explore. There were no rules laid out. No time limits. Just trust.

Children climbed big rocks, exploring around the creek. They waded in the water, carefully stepping from slippery rock to slippery rock. They ran up and down steep hills. They climbed trees. They explored far out of our sight. Five-year-olds helped two-year-olds tackle the tricky climb over the rocky creek bed. And no one was told to ‘be careful’. There was no need. 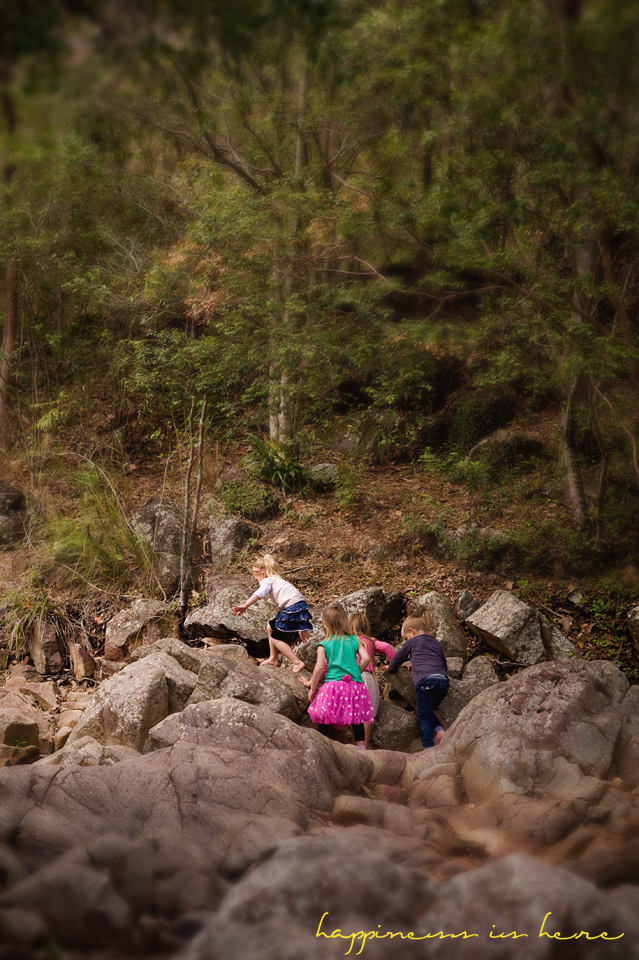 Now, I’m not saying that I don’t worry about them getting hurt sometimes. Yes, I’m a worrier. And some of the things they do scare the life out of me. But I try as hard as I can to bite my tongue because I have found that ‘be careful’ is often so unnecessary and unhelpful. ‘Be careful’ can make me feel better, because I am the one that is worrying. But it’s not helpful to them.

Imagine being a kid, being totally immersed in what you’re doing, climbing as high as you can, feeling awesome at what your body can do….and then hearing ‘be careful’. Well maybe you hadn’t thought you were doing something dangerous? Maybe you were just running on instinct, trusting your body. Maybe now you’ve been distracted. Thoughts of what could go wrong have now entered your head. Maybe now you’re a little less confident in yourself. Maybe now you do feel like you need help, when it hadn’t occurred to you before. Now that you aren’t so sure of yourself, you need more and more help. That beautiful feeling of getting to the top all on your own is gone. You’re scared and apprehensive where once you were brave and carefree. 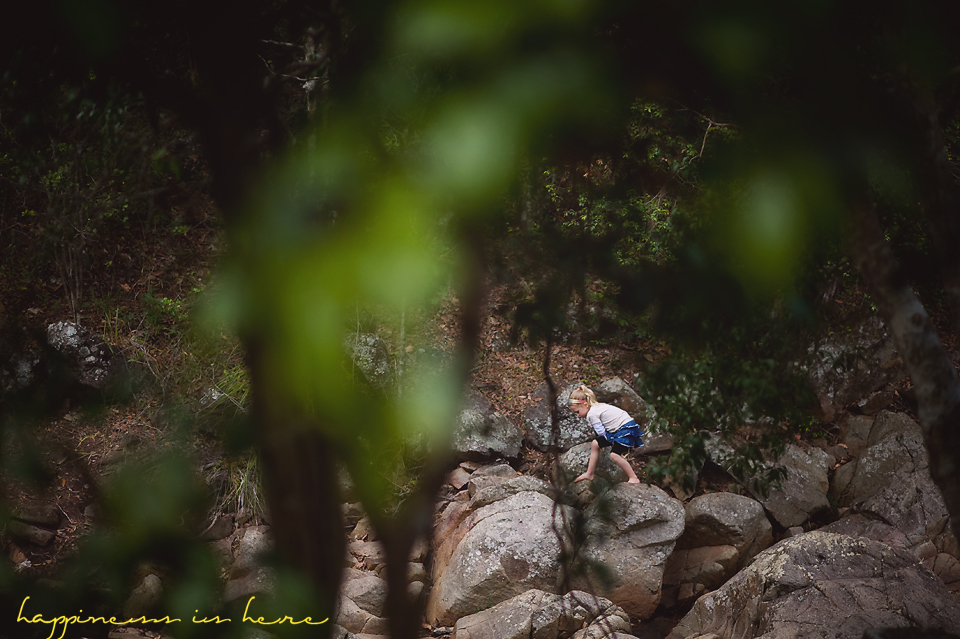 I’m not perfect, and sometimes my worrying escapes from my mouth and this situation is played out for me to see exactly what I have done. But as much as I can, I try to minimize this happening. I’m not sure other people quite understand me. I vividly remember a time at the park when I was watching my 18-month-old climb up a climbing frame. I was standing back, she hadn’t asked for my help. Another mother looked at me and then at my daughter with a sort of ‘is she ok?’ look. I just smiled and remained where I was. The mother then moved closer and said ‘careful’. My daughter stopped, looked for me, and asked for help. Trying to save the moment I moved closer where she knew I could catch her if she fell and just said ‘you’re doing it’. She began to try again while the other mother seemed more and more anxious, even though I was in arms reach. She was slowly getting there when it became too much for the other woman who put her hand under my daughter, pushing her the last bit of the way up to the top, and saying ‘there you go’. I didn’t say anything as I was sort of in shock about what had just happened, but it just illustrated for me so clearly that saying ‘be careful’ is often 100% about our discomfort. My daughter was fine. She was trying really hard, she was not upset, she knew I was right there, she wasn’t asking for help. She went down the slide and came straight back and climbed the whole way by herself the next time. I’m not sure what the other mother thought I was actually doing. She was obviously uncomfortable with my hands-off approach to my own child. But I am not. I see the rewards. 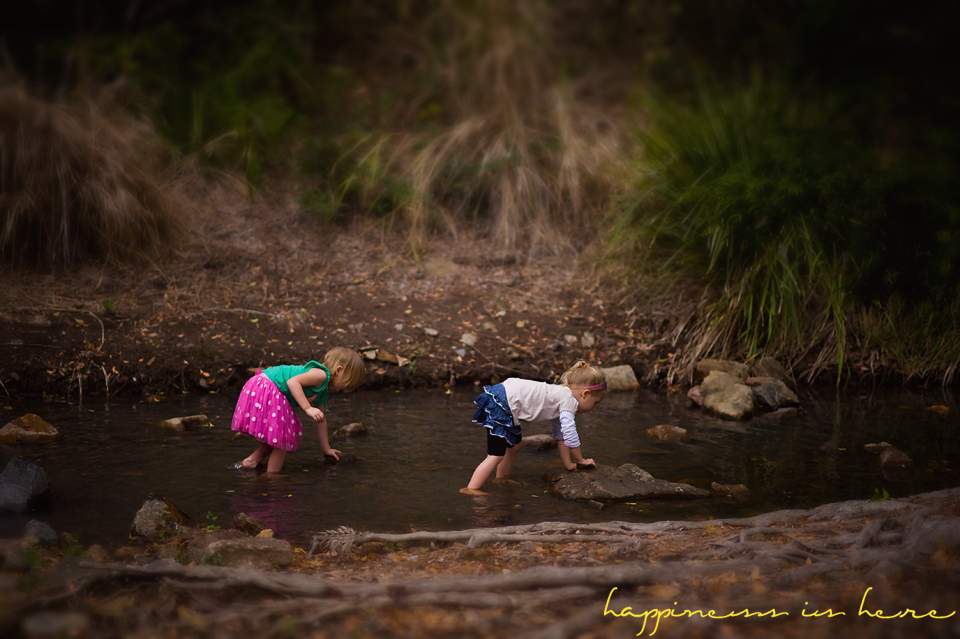 Seeing them playing and learning and exploring and having so much fun is so rewarding. Yes we discreetly went to have a peek and see what they were up to every now and then when they got too far away and we couldn’t see or hear their play anymore. But we kept out of sight, letting them experience that freedom and trust. We stayed out of their play. We didn’t interrupt them with ‘be careful’ or ‘don’t do that’ or ‘don’t get your clothes wet’ or ‘keep out of the mud’ or ‘don’t go too far away’. We let them direct their own play, make their own decisions, take risks, experiment, fall and get back up. All practice for when they are grown.

It was children’s business and they were free to be themselves, away from adult insecurities and expectations. 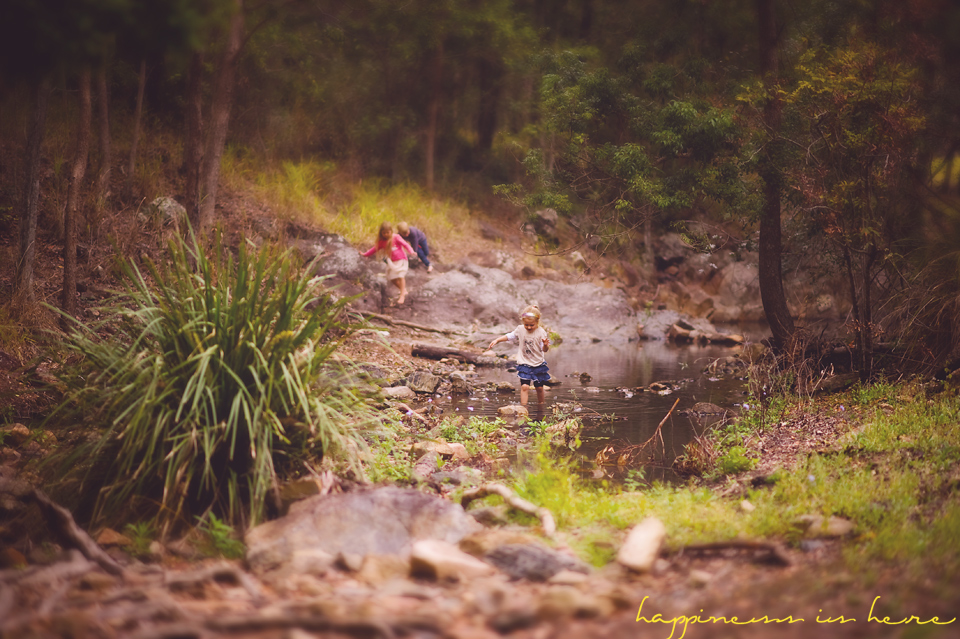