The girls love going to the Art Gallery and we’re lucky enough to have more than one near us. We recently visited a construction exhibition where you get to build with large foam blocks and they enjoyed it so much that they wanted to stay even after 4 hours playing. A few days later, we had to make another visit because big plans were made! 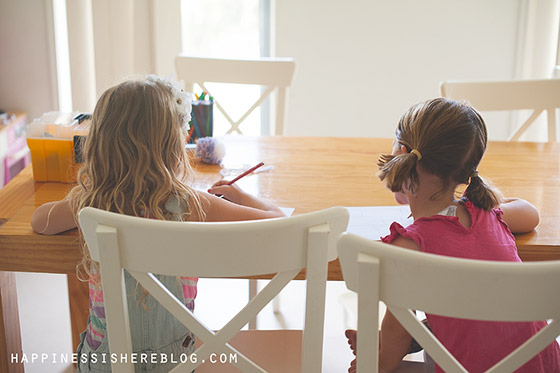 I wanted to share the experience because it was a fabulous and very obvious example of how children are completely capable of taking charge of their own learning, without any prompting, praising, suggesting, teaching, or evaluating from adults. A lot of learning is hard to see, it’s internal, it’s their own business, and I am quite happy with that. I have complete trust they are learning everything they need to. Some learning is conversations, thoughts, ideas that never make it to paper, and those are hard to document. I know that for a schooled mind it’s helpful to be able to see to believe. It’s so rare to encounter children who have been uninfluenced by school or teaching that most people don’t know what that looks like. So, here we are, some obvious, self-motivated, self-directed learning, 100% their own idea, by children who have never set foot inside a school. 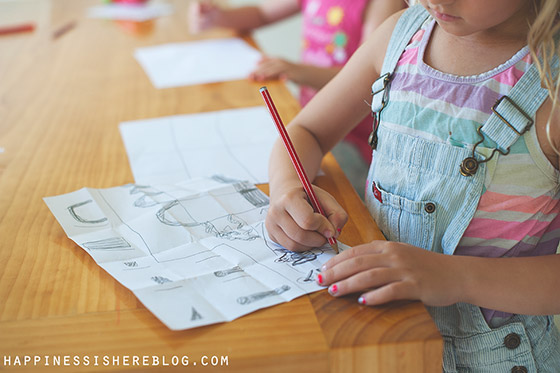 It started with a plan! After we had visited the art gallery once, they were determined to go back. And this time they wanted to build something big! Now having knowledge of all the different shapes of building blocks that were there, they were able to plan before we got there. 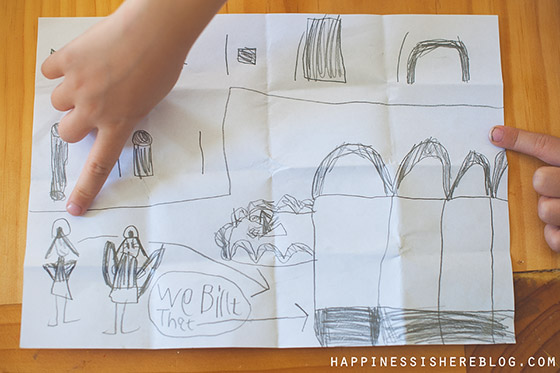 Plans for a house, with garden, and the different pieces they would use. 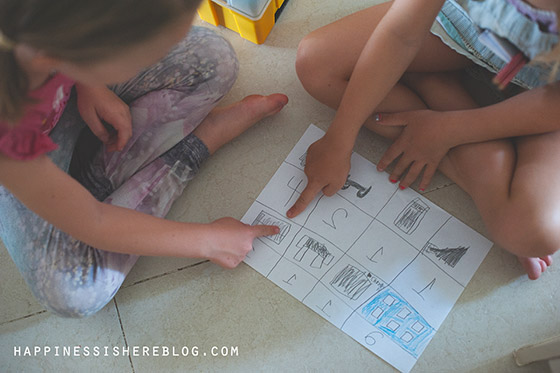 Furniture plans for the inside. They worked together designing the parts that interested them. 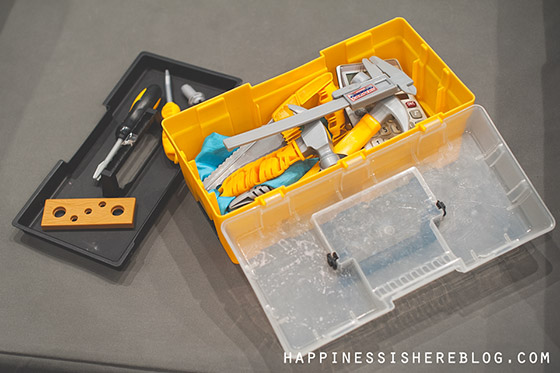 They even packed a toy toolbox so they could pretend to hammer pieces together. 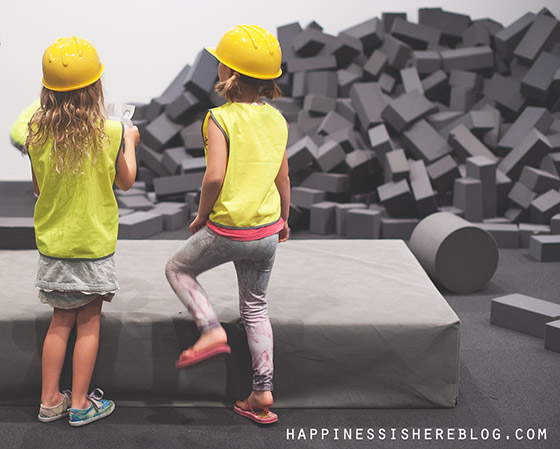 Surveying the area and finding the perfect location. They had to fend off a few well-meaning adults who wanted to help/direct. It’s really hard for adults to step back and leave children to work things out on their own, especially when they show any negative emotions. It was a little busy when we first arrived and they were worried about not having enough space, and frustrated at some of the blocks not being available. Some of the people looking after the space tried to suggest different ways to do things, direct them where to put blocks, and generally ‘fix’ things for them. But they weren’t asking for things to be fixed, just expressing disappointment and trying to find solutions together. It was only made more difficult by interruptions and having to deal with other people’s directions. Being used to having total control of their own learning, and not having to please others, they were able to handle it well. They explained that they wanted to do it themselves, their own way, and got about doing it.

(I have to admit, I often find this awkward! Even though they are not being rude, I find it confronting that they are so comfortable saying ‘no’ to adults. As a child who went to school I got pretty used to having to manage others expectations, listen to their advice and directions, and do what the adults said I had to do. I also know that most adults still expect the same of children and are often amused, and sometimes even angry when they encounter children who are sure of themselves and not looking for advice. I am so glad they don’t have the same feelings as me and are confident that they are people of equal value who’s opinions and needs matter.) 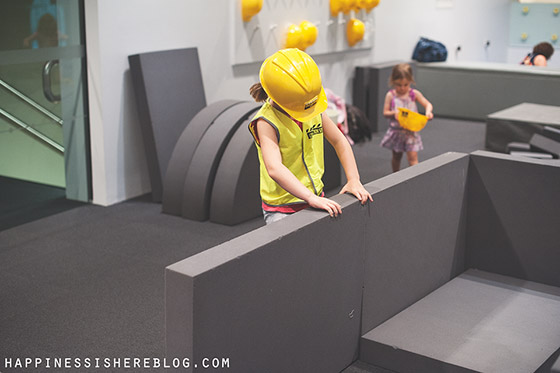 Space and blocks were finally secured, and building began! 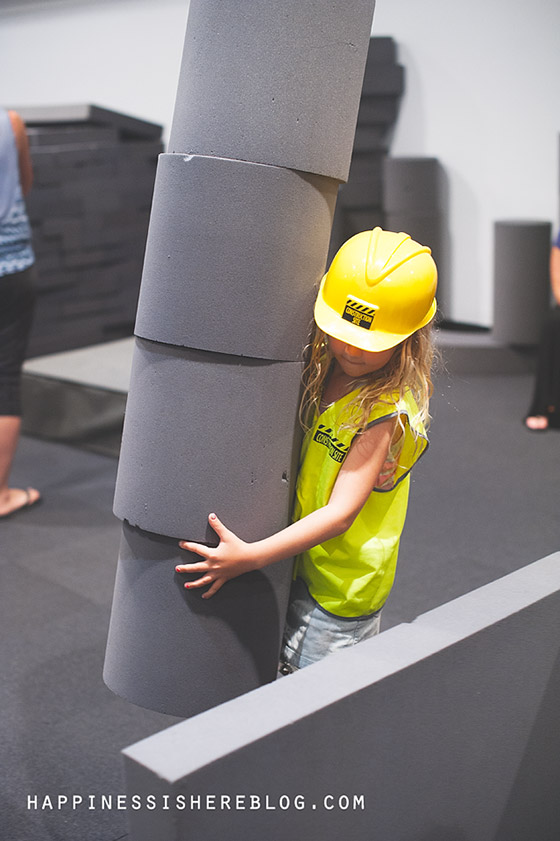 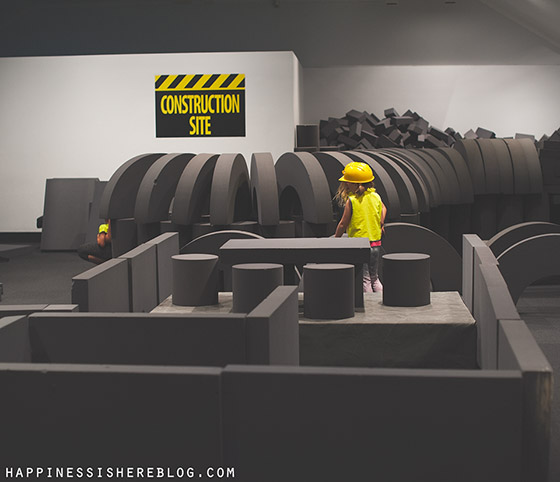 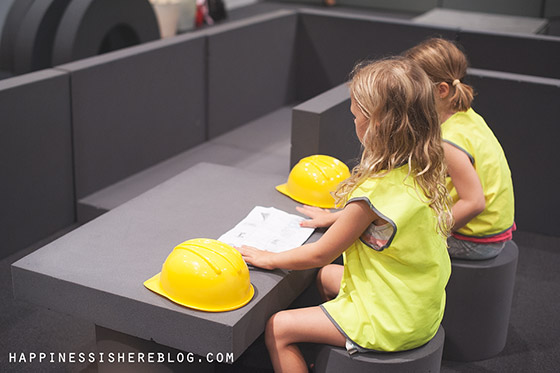 Little break at the kitchen table to consult their plans. 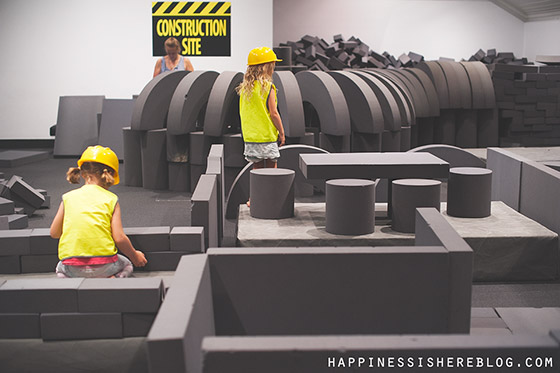 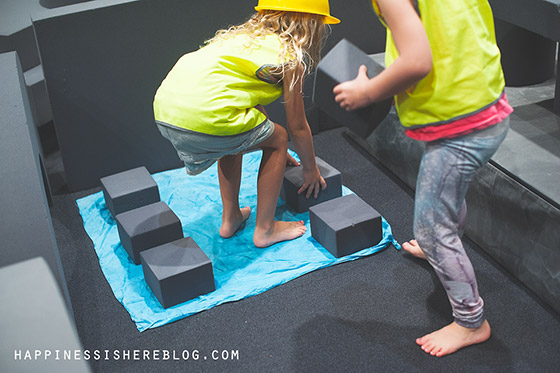 Pond and stepping stones in the back garden. They bought the blue play silk from home especially for this. 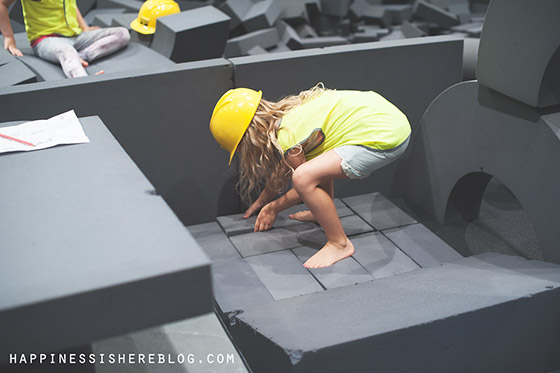 Putting in the final block! 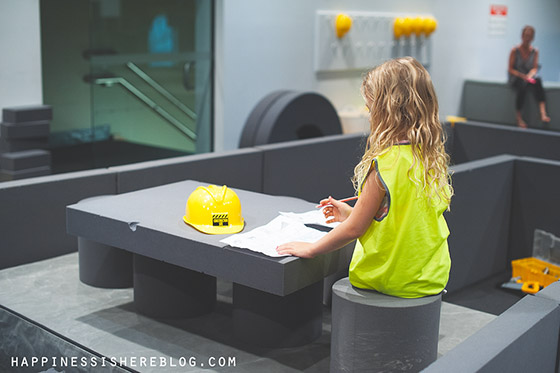 Checking that they’d completed everything. In the end there was an entrance, kitchen, table, bedroom with two beds, garden, pond, slide, trampoline, and rocking chair. 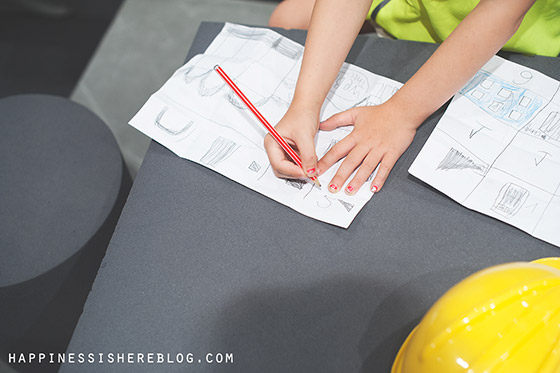 After they had finished they decided to count how many of each type of block they had used and record it so that they would have an exact plan if they wanted to build the same thing again. 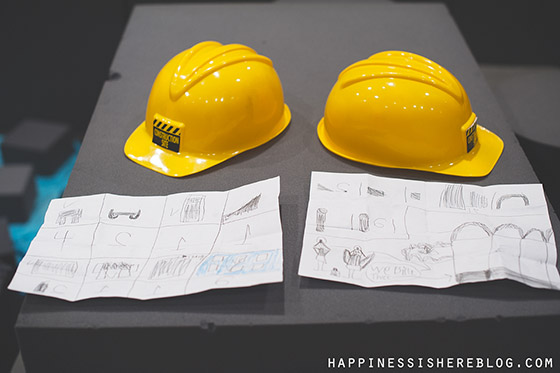 They were so happy with how it turned out. So much learning happened that I can’t even list it all and I’m not going to try, because it doesn’t need my evaluation. All play and learning is valuable.

I can imagine them doing similar things in another world, adult initiated and directed. Maybe given a list of materials they had to use, a challenge, assigned a group. But how meaningful would that be? How motivated would they feel? How much of it would they remember? It is absurd to me to think that in educating children we try to create these types of experiences for them, not realising that if we just left them alone to interact with the world they would be perfectly capable of generating this learning on their own. Children not free to direct their own learning often lose their motivation and confidence in their own ability. A person can only take so much of living out someone else’s desires and expectations for them, before they forget what they were once capable of and curious about. 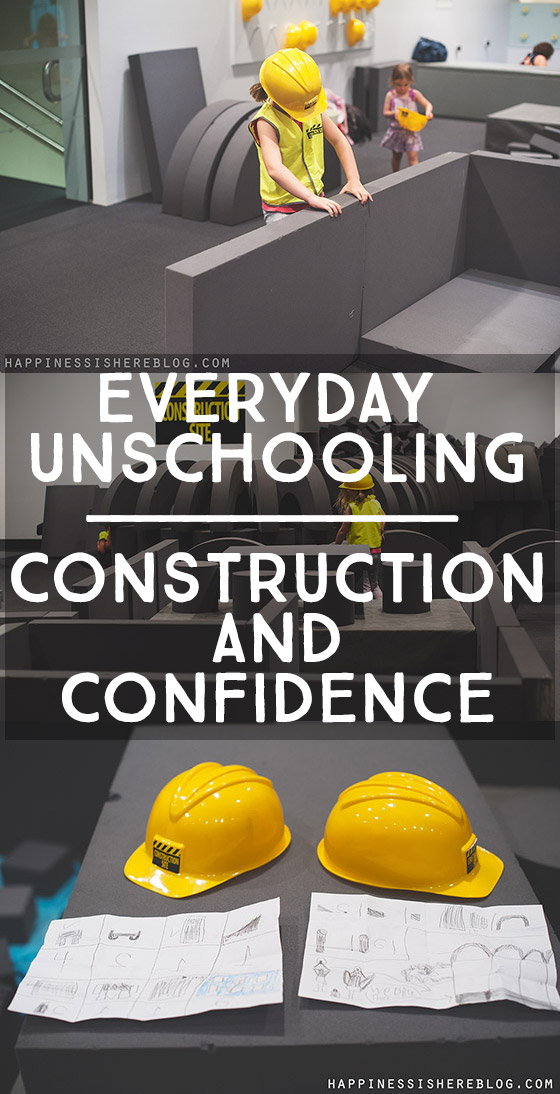 "The earth extends an invitation to us, to connect