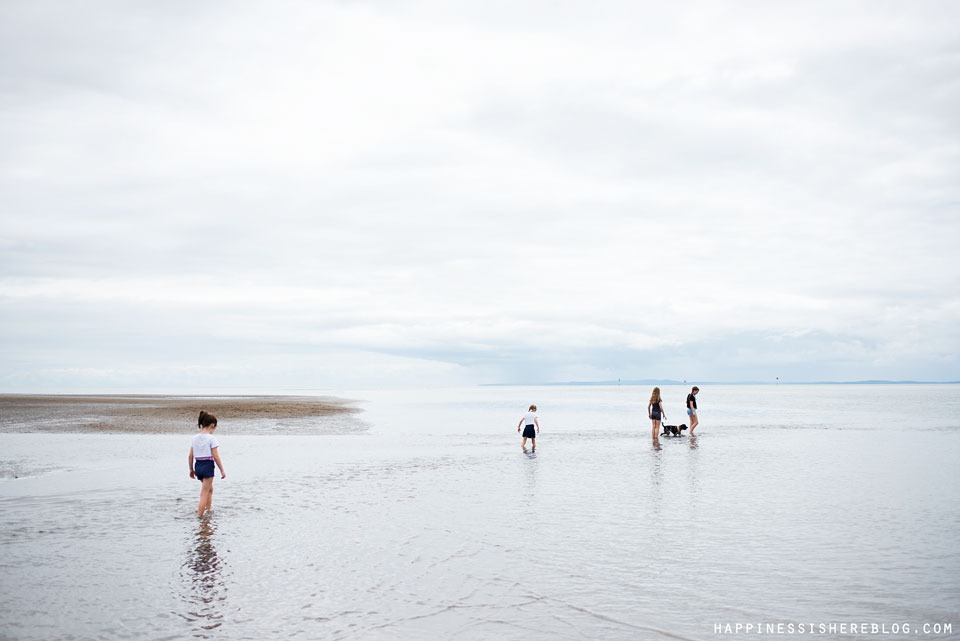 They get so caught up in all the things we’re not doing that they don’t even consider what we are doing instead. ‘It’s called PARENTING! You are just lazy and irresponsible!’ they shout, making it clear that they think there are many things we are missing.

It’s actually really difficult to see another way when these beliefs about parenting are so ingrained. Most people are likely to see someone not doing the ‘right’ things and immediately jump to the conclusion that “this is what’s wrong with kids these days!”

It’s also extremely difficult to help people understand where you’re coming from when all they see is the things you’re not doing, that they believe you should be.

I started thinking about this post by mulling over the fact that mainstream parents and respectful parents appear to fundamentally disagree on their responsibilities as a parent. But the more I thought about it, the more it became clear that we actually agree on a lot of what our responsibilities are, it’s just the way we go about it is different.

So let’s talk about what respectful parents are doing. Maybe you’ll find that our goals aren’t so different after all? And just maybe, if you consider the reasons behind our actions, it will all start to make sense.

So, what are our responsibilities as parents?

We are their carers, and protectors, and are basically in charge of getting them safely to adulthood, right? That’s quite a big responsibility. We don’t want anything to go wrong! Mainstream parenting believes that the way to do this is through control. Make sure your children know and abide by the rules, stop them from making big mistakes, and use your adult knowledge to decide what they are and aren’t allowed to do. When they are adults they will be free to make decisions, but when they are in your home they must do as you say.

Respectful parents often don’t have any hard and fast rules, for example: no bedtimes, no arbitrary screen time limits, no punishments for doing the wrong thing. This can sound like we don’t care about keeping children safe. Not true! We have the same goal, just a different theory about how to achieve it. We know that children eventually grow up to be adults, and the older they get, the less real control you have. They simply must know how to make healthy and safe decisions by the time they are grown. Instead of waiting until they are 18 to allow that, we believe it’s better to let them start working on their decision-making abilities as early as possible when the stakes are low. Some tired days after staying up too late aren’t such a big deal. Choosing to eat too much ice cream and feeling a bit sick isn’t likely to have long-term consequences. Of course, that doesn’t mean we just leave them to work out everything on their own! We talk to them about their decisions, offer support and guidance, we just don’t rely on the old ‘because I said so’. Instead, we let them make decisions and deal with the natural consequences, then talk through what they could do differently next time.

What about truly dangerous situations? I always get told you need to hit children so they learn not to run out into the road in front of a car because there is no time to explain in some situations. If you’ve got time to hit a child, you’ve certainly got time to put your hand out and grab them before they step onto a road. Of course we stop our child from getting seriously harmed. There is no need to punish someone because their brain hasn’t developed adult levels of impulse control yet.

As well as their physical safety, it’s also a parent’s responsibility to look after our children’s emotional health and development. Respectful parents seek to move away from techniques that shut down a child’s feelings, or try to distract from them. We all want to help our children deal with their feelings, but our way of doing that can look quite different. We allow all feelings, we practice regulating our own emotions so that we can help with theirs, we help them find words to explain how they’re feeling, we show them healthy ways of dealing with negative feelings, and we don’t require them to ‘stop crying’, dismiss their feelings, or reward them for being happy instead of expressing their sadness. This can look like we’re letting children ‘act out’, which is not the case at all. That accusation actually says more about the person it is coming from and their uncomfortableness with expressed emotion.

I think most people want to have a great connection with their children. In fact, I hear often that people believe their children will thank them later for being strict and enforcing rules. I don’t know if that’s the case but respectful parents are more focussed on connection now than in an imagined future. It’s really hard to see how being overly controlling will ever be a recipe for a great relationship. Parenting does not mean having to be the ‘bad guy’.

Respectful parents believe that a strong connection is actually the best way to have a positive influence on your children. When they feel connected to you, they are more likely to listen to you, take your advice, and come to you with problems. These things are super important to all of us! It may look like we’re doing ‘nothing’ when we don’t enforce punishments. What we’re actually doing is choosing connection and cooperation instead. We know that’s going to have a much longer-lasting effect, and let’s be honest it’s a whole lot more pleasant for everyone. No one learns well when they’re afraid.

Everyone wants their children to grow up into capable and independent people. Mainstream parenting says this is done by actively teaching independence, from using techniques to get babies to sleep through the night, to chore lists and rewards charts for older children. Respectful parents also value independence but do not believe that true independence can be forced before children are ready. Instead, we support children until they come to independence naturally themselves. We feel that in this way true independence is created, while also knowing that in us they have a safety net to fall back on. You can read more about independence here.

Most parents, no matter what type of parenting they subscribe to are dedicated to protecting their children’s rights. As respectful parents, we’ve just taken it further by also recognising the ways in which ‘parental rights’ can violate children’s rights. Parenting in today’s world has a lot to do with power. The parent has the power and the child must do what they say. Respectful parents are committed to power sharing. We believe this is a healthy model for how to relate to people. Does that mean we are passive and children are allowed to violate our rights? No! It means that we are equal, and while we as a parent have greater responsibility, that doesn’t entitle us to greater power that we can use against children.

This one is big. I don’t know how many times I’ve been told ‘kids need discipline!’ What people mean is that kids need punishment. That there must be some consequence for their actions in order for them to learn. We can agree that children can learn from consequences. What respectful parents disagree on is parents being the ones to dish out those consequences.

People learn by doing. They make a choice and the result of that choice is the consequence, either positive or negative. No parental involvement needed. Making up consequences in order to teach children a lesson is just punishing them for making mistakes. Respectful parents allow children to make decisions and learn through natural consequences (as long as they are not seriously harmful), but we do not punish them. We support them, problem-solve with them, empathise, comfort, and otherwise help them learn, but punishments are not respectful or necessary. You can read more about unconditional parenting here.

No one is perfect. We all make mistakes. We’re all working out how to do this parenting thing as we go. It is absolutely not our job to be perfect. It’s our job to do our best, and make informed choices.

We’re really not all that different, when it comes down to it, are we? We all want the best for our children, we’re just taking different paths to get there. I hope by showing you the reasoning behind our actions we can create more understanding. And maybe you’ll even change your mind on some things!

Respectful parenting isn’t lazy, or permissive. It’s a conscious choice by people who have thought deeply about the reasons for their parenting decisions. 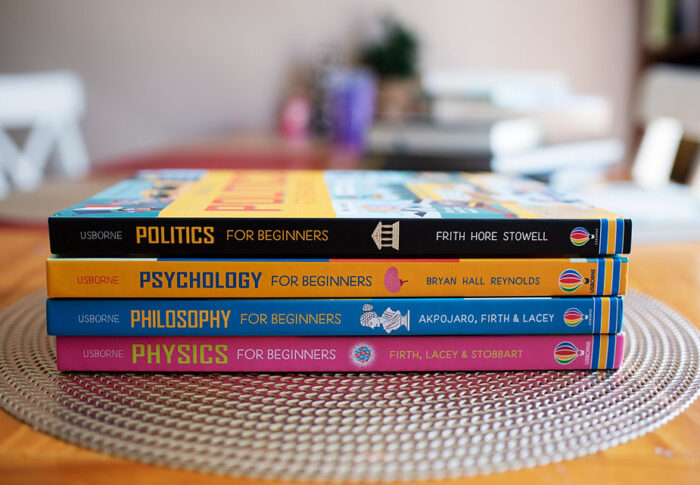 This year we have been busy reading a whole lot of great books, so this post is going to be a long […] 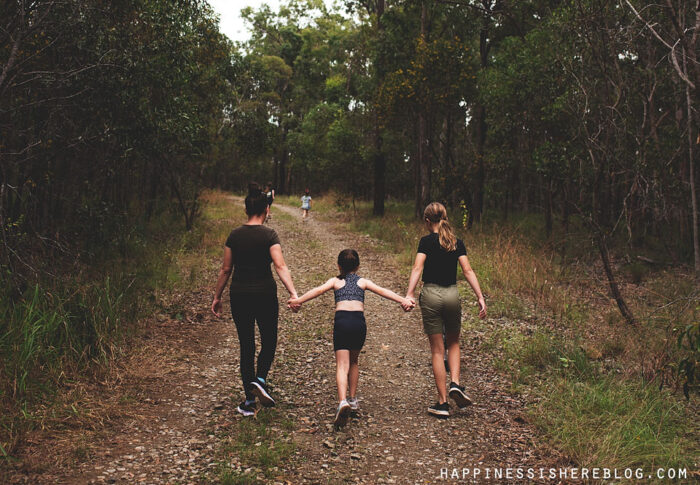 There’s the sporty mum who is always out kicking a ball with her child, the arty mum who spends hours covered from […] 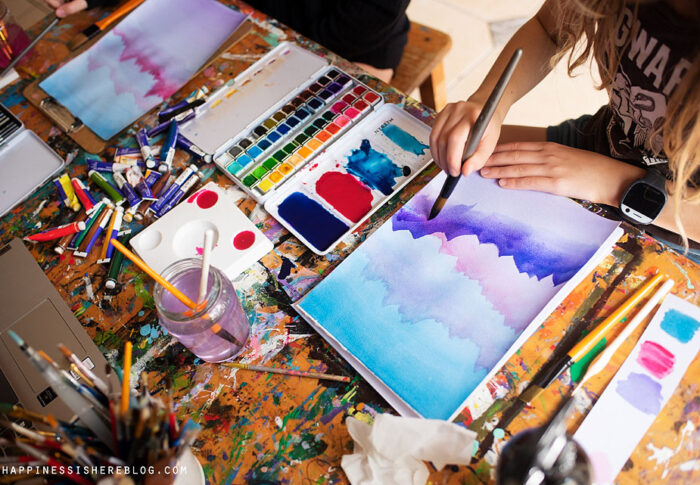 One of the most common comments I get from people when they find out we unschool is, ‘my kids would never do […] 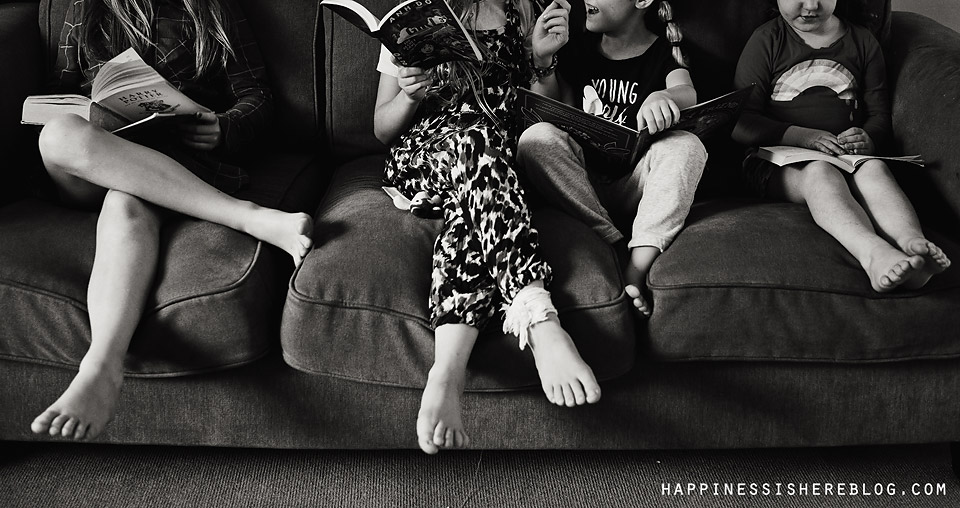 
Thank you for another well thought out article. It is so helpful to hear your elegant way of describing respectful parenting. 🙂