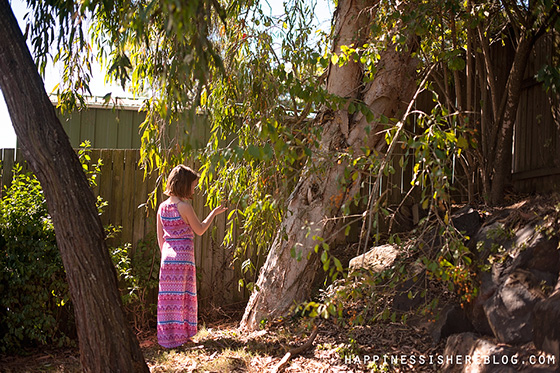 We’ve been studying trees around here lately! Well, one tree in particular, but we’ve been noticing so much more about other trees ever since we started too. I wanted to share something the girls have been up to because they really enjoyed it a lot!

But first, how this came about…

Miss 9 is particularly interested in anything to do with nature. She often says she wants to study animals or nature and she’ll get out some books and have a read, making notes in her nature journal. She plays outside a lot, observes things, paints nature, etc and so I know anything along those lines is something that interests her. Anyway, I happened to see someone post a link online about some Australian specific nature observation ideas, and thought this sounded like something Miss 9 would like, and her sisters too. I read it out to her and she was so excited. She was particularly interested in one of the ideas of adopting a tree for a year, and wanted to do it. So we did! (If you’re confused with unschooling and when to share ideas, and when not to, this post might help.)

You can find the post where we discovered the idea here. However, I didn’t read the whole page out to her, just the main idea that you pick a tree and observe it every season to see what changes. I would rather they follow their curiosity and it be about what they find interesting, instead of directing them to certain conclusions or what they should think about. They are capable and curious and we’re not trying to tick learning objectives off a list. Our only purpose is to do what we enjoy and find interesting together. I shared the idea with her because it was genuinely something I thought she would want to know about and enjoy, not because of a goal to learn anything in particular. 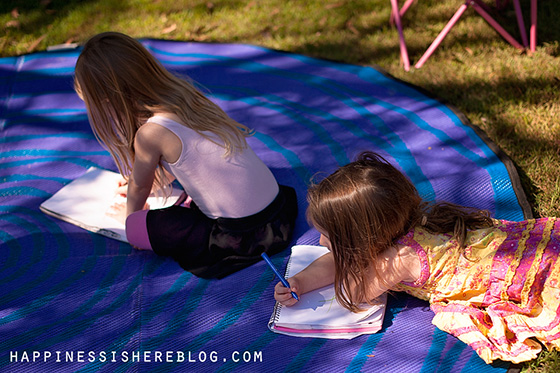 It turns out everyone was interested in checking out the tree. Together they chose the Paperbark tree in our backyard. At first they all sat down to draw a picture of the tree. 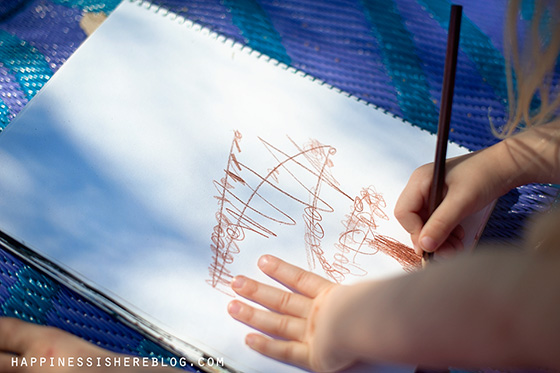 Miss 4’s drawing of the tree. 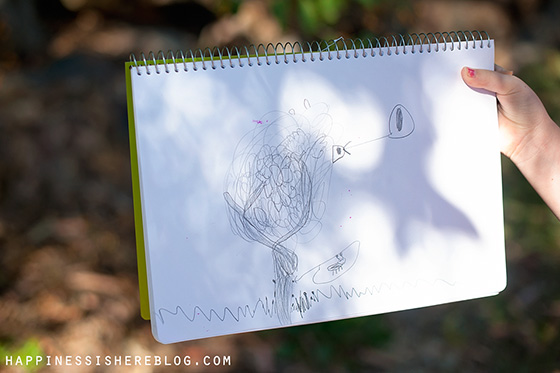 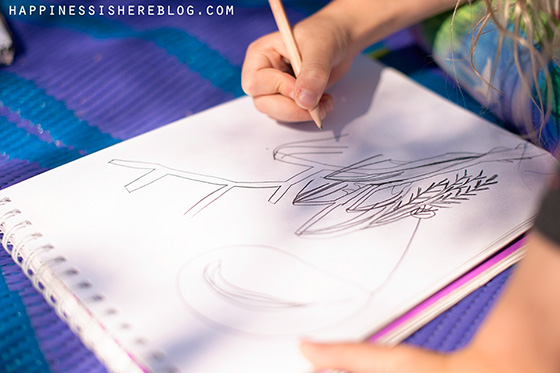 The older girls compared drawings and realised that where they were sitting had made a big difference to how their trees looked, due to their perspective. From Miss 7’s angle, the branches appeared to cross over. 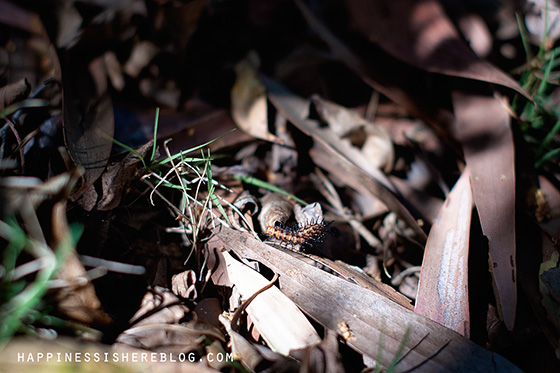 Next they drifted over for a close-up look at the tree to see what they could find. There was a couple of these little caterpillars! 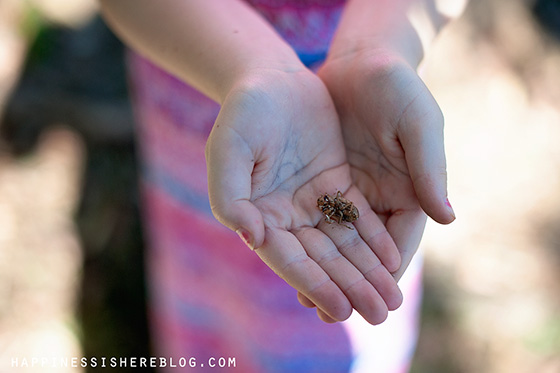 Some cicada shells on the trunk. 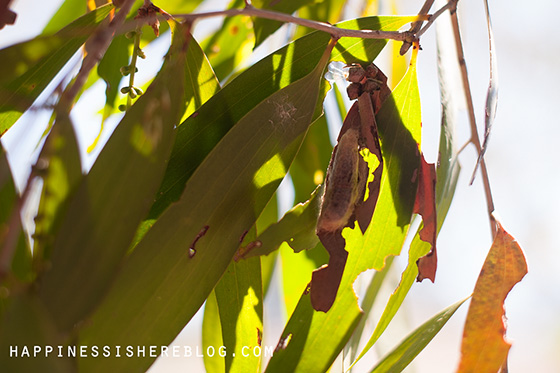 Signs of life hiding among the leaves. Ants, spiders, birds, and more! Every time they found something new they yelled with excitement to each other to come and see! They said things like “I never knew there was so much life in this one tree!”, “this is so exciting!”, and “we have to do this every season and then we’ll do another tree the next year!”. Their excitement was so contagious, soon I was thinking wow I didn’t know trees were actually so exciting, ha! We were all amazed that so much was happening that we have never noticed before in this one tree in the corner of our yard even though we see it every day. 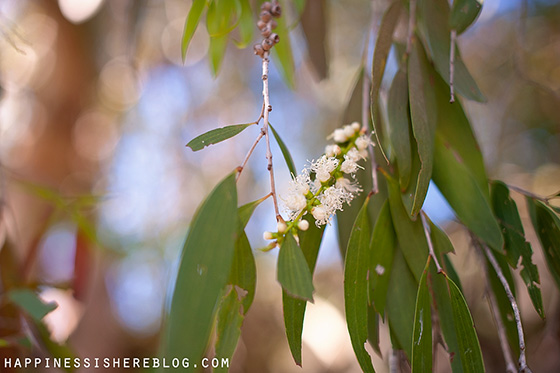 They noticed the tree was starting to bloom in places and that birds were feeding on it. 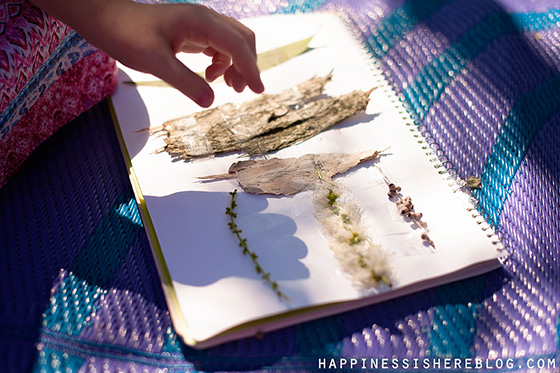 Miss 7 stuck some bark, leaves, and buds into her book. They also asked me to take photos, and took some themselves, that they could print and stick in later. 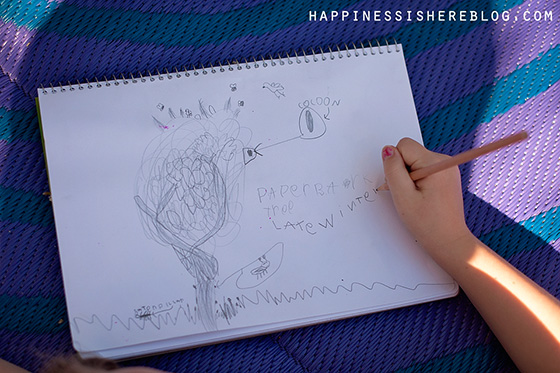 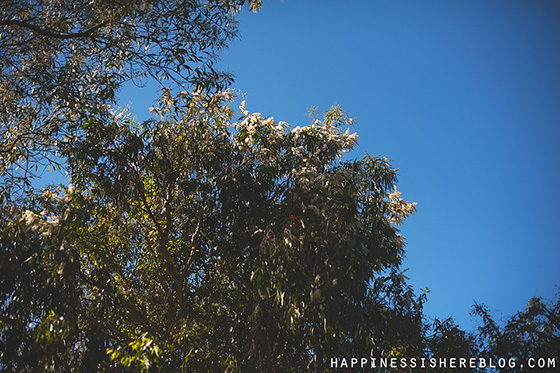 Next they decided they wanted to write down how big the tree was so they could see if it had grown by Spring, but wondered how they could do that because it was too tall to measure. They decided to measure around the trunk to see if it got wider instead. 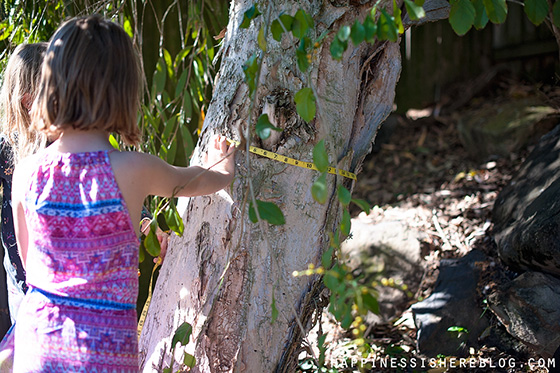 We took a photo so we could remember the exact place they measured to make sure we did the same next time. 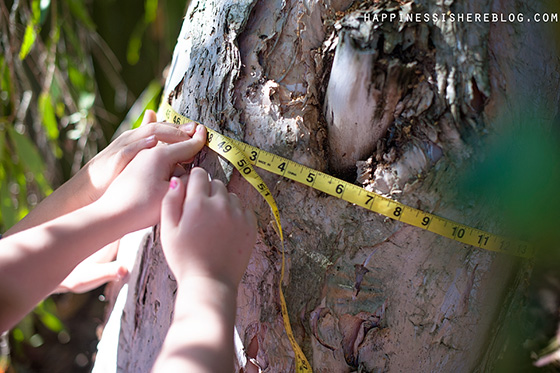 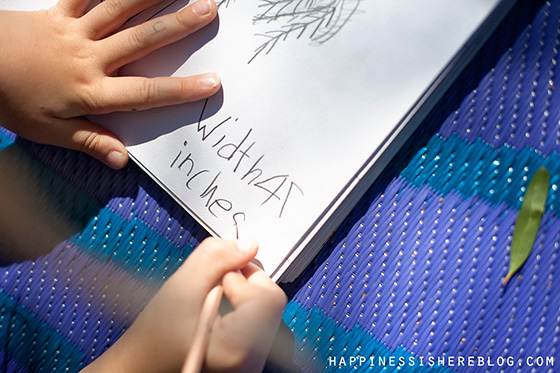 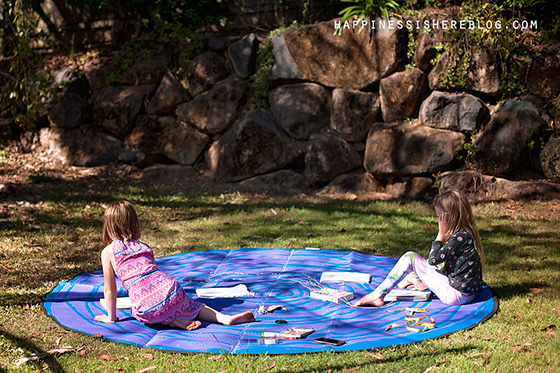 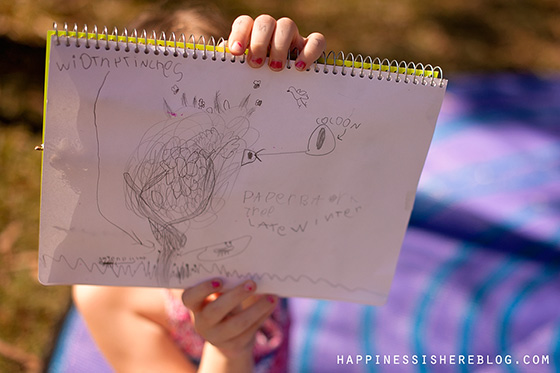 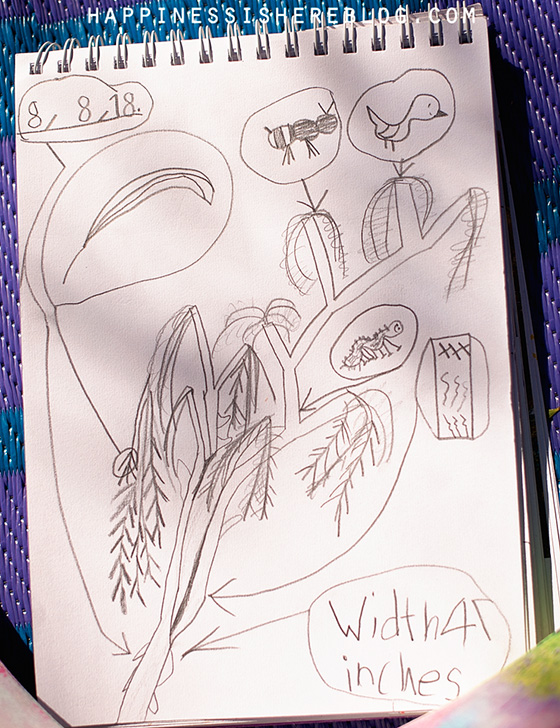 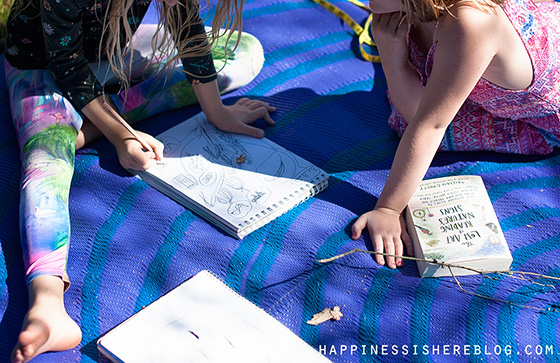 They also grabbed a couple of books on trees as they wanted to see if there was anything specific about Paperbark trees. We found some info in one book we have. They also read a bit about how the weather effects the way trees grow and their shape in ‘The Lost Art of Reading Nature’s Signs’. 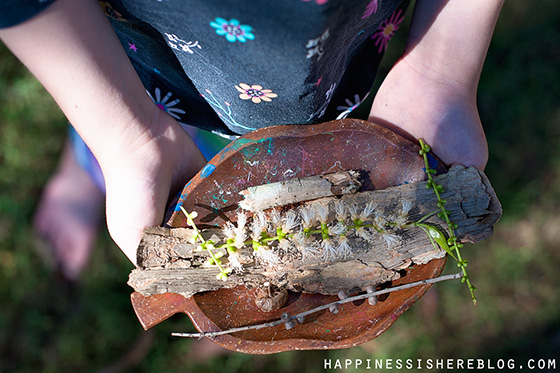 Lastly, they collected some parts from the tree to put on the nature table inside! 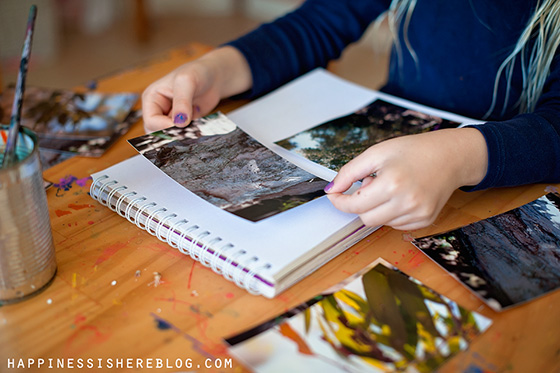 After we got the photos printed, they stuck them in their nature journals and chose to write a few things as well. 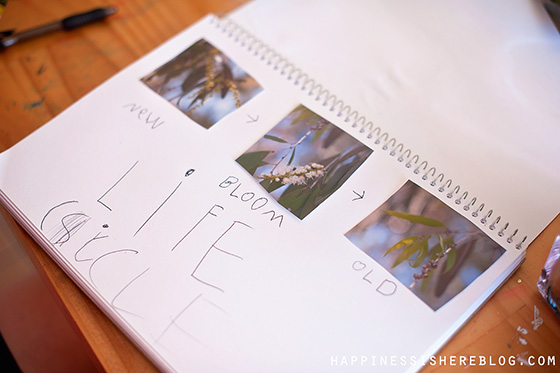 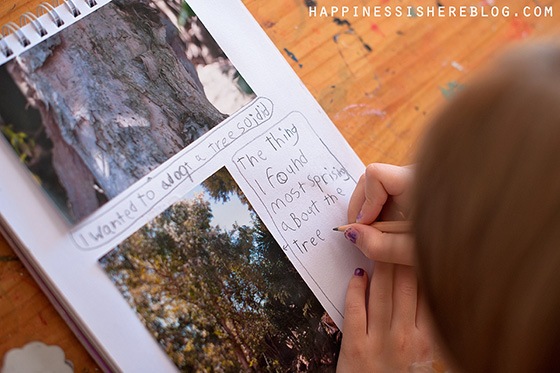 They plan to check on the tree each season now and see what changes! The big girls especially really enjoyed doing this and are keen to observe other things. I think they’re planning on an animal next but I’m not sure what!

Hope you enjoyed a look at one of the interests in our unschooled home at the moment!

Miss 5 is so incredibly capable, independent, and