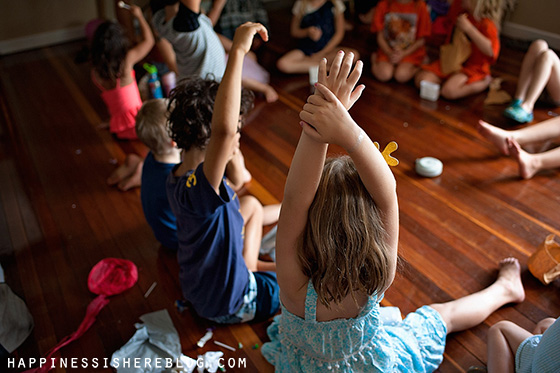 One of the most frustrating beliefs you come across when you opt out of the school system is that children NEED school. Even if there is a willing and capable parent to support their education outside of the system, people still refuse to believe that kids can live their whole childhood without the interference of school. Many believe that school is designed to cater exactly to what children need to become functional adults.

I don’t believe that. In fact, more often than not it seems to me that school wasn’t designed with children’s needs in mind at all.

If school were for children, their rights would be respected. Their right to consent, freedom (of thought, time, body), privacy, space, ownership of belongings, to express an opinion, to follow their own interests. They would not be subject to shame, punishment, coercion, force, demands, and evaluation.

If school were for children, there would be more autonomy. They would not be forced to seek permission for basic things like toileting, eating, and moving freely, and those things would never be denied.

If school were for children, it would be interest based. How much do you actually remember from your schooling? People learn best when they’re following their interests. If schools were interested in meaningful, authentic learning, they would follow the children’s interests and ideas.

If school were for children, they wouldn’t need coercion. You generally don’t need to coerce someone into doing something that is beneficial and enjoyable for them. Learning is as natural as breathing and you don’t have to force children to do it unless you’ve killed their love of learning in the first place.

If school were for children, they wouldn’t be standardised, tested, and compared. Do you perform well when you know you will be judged, compared to your peers, and treated differently because of it? Do you feel valued and respected? We know that this is not respectful or helpful in learning and yet schools still operate this way in the majority of cases. Why? Because it’s not about what’s best for children.

If school were for children, they’d follow best practice. Any institution that ignores current research in favor of tradition is incredibly concerning.

If school were for children, they’d be able to play. We know that play is incredibly important for children’s development, both physically and mentally. And yet, schools continue to cut play time shorter and shorter in favour of more time sitting and being dictated to. This is undeniably detrimental for children. They have a right to be able to play.

If school were for children, it wouldn’t be about what’s most convenient. Whenever I talk about respectful learning, I’m told that it’s not possible with a classroom full of children. When did we stop caring about what is an acceptable way to treat people, and opt for convenience instead? Children are worth the effort.

If school were for children, it would value individuality. Schools would value differences and unique talents, rather than attempting to make every child the same. A standardised human.

If school were for children, it would care more about mental health than test scores. Right now, the number one priority is how well you perform academically. Who cares if you’re happy or miserable?

If school were for children there would be more cooperation and less competition. Competition and comparison teach us that our self worth is dependent on being better than others.

If school were for children, they wouldn’t start at four years of age. Tiny four year olds are not mentally or emotionally ready for academics.

If school were for children, we wouldn’t separate people by age. We were designed to learn from our elders and be role models for those younger than us. Separating children from those outside their age limits their abilities for self-education. Wouldn’t want them thinking they can teach themselves!

If school were designed for children, with their needs in mind, then it would look a whole lot different than it does right now. Instead, we see schools catering to adult needs. Needs for outcomes, competitiveness, efficiency, conformity, making money. We see children controlled and coerced into doing whatever adults deem necessary for them. They are denied basic human rights in the name of convenience. We see standardised curriculums in lieu of interest-based learning. Movement and play is restricted so that children are forced to turn away from their innate ways of learning, to instead learn in inferior ways that adults have created.

Surely we know that none of this is ideal for children, yet we rationalise it as necessary to get an education. It’s time we stopped doing that. Education can be so much more and should never come at the expense of basic rights.

No, schools were not designed for children. They were designed by adults, for adults. Unschooling is about children having a voice. It is about listening to what children need. You can go ahead and keep telling us how kids need school, and we’ll keep listening to the children.


I’ve had good experiences and great teachers in school as a child, but I will never ever forget all the bad ones too. The ones who tried to label me as abnormal for my great intellectual curiosity, my passions for science and history rather than pop stars. Or treat me like the lowest common denominator and have zero trust in me despite years of a blemish less disciplinary record and mature conduct. Those memories forever sour the memories of public school!
https://aladyofreason.wordpress.com/


You articulate all of this so well. Reading your posts has helped me to communicate to others more clearly about what we want for our children by unschooling. Your writing has also helped to make me more confident in our decisions when I start to question myself! Thank you so much for your work!


My son was in school and I have pulled him out. The poor thing does struggle with learning now. He gets bored a lot and find lots of things boring. It is sad. Hopefully I can turn it around.


HE can turn it around. It’s possible he gets bored because his inner motivation, and loyalty to his own interests, have been obliterated by having to obey external stimuli (teacher, school bell, school exercises, etc.). Very few children struggle with learning – it’s possible that someone else is trying to teach him and that teaching does not suit him.
Best to encourage his interests – if he’s drawing, for example, express respect for his efforts and ask if he would like to try a new kind of (high quality) paper, or some additional colors, or charcoal, etc.
Above all don’t judge him! NOT “That’s beautiful” or “You’re a great artist”, but describing his content and effort and concentration and imagination, ask for the story behind the work, etc.
Trust him, trust yourself – the younger a child is, the longer it takes for the learning to express itself. A child who can freely flip through (for example) National Geographics lying around the house will summarise an article (at an appropriate time in a conversation) including issue reference 1-2 years after having read it. This is quite amusing for the parent who is often too busy to remember such things.


A child’s intelligence depends very much on a healthy diet yet these schools of indoctrination feed nothing but processed carcinogenic garbage then want to know why child can’t sit still can’t concentrate and does poorly in school. Schools are nothing more than training camps for the indoctrinating the masses.


This is why I a. stopped being a class teacher and b. found a sudden revulsion to the idea of schooling as soon as I discovered I was pregnant (which compounded the knowledge I couldn’t teach in a classroom anymore). Not incidental that my last year was in Yr6 – end of primary SATs year.


Awesome article. I am going to translate it into Czech. Don’t you mind? Richard


I so agree with everything you say. If I had even the smallest doubt about my daughter and her partner unschooling their boys (and just for the record I DON’T HAVE ANY DOUBTS) then this article would put my mind totally at rest. I wish I had had the information 30 odd years ago because I would have done this with my children


So true especially for children who struggle in school. They deal with all you mentioned plus struggle to keep up with all the constant demands put upon them. This makes them absolutely hate school. It’s funny how the current school model does not work for more than half the children yet they continue to repeat it over and over again! So the status quo is norm. Homeschooling, private schools and /or charter schools will gut public schools in a very short time if change does not take place.


Attending public elementary school in the 1960s nearly destroyed me. I developed reading and writing skills at an early age, faster than my siblings and with no pressure from my parents. I was granted my own public library card at the age of four. When I started the first grade, my mom wanted me to skip a grade and begin with second grade. Principal L. decided instead to have me attend first grade mornings, and second grade afternoons. (I never found out whether or not this was a common practice with gifted children.)
This continued until my fourth/fifth grade year, when I had Miss R. as a teacher. During those years, I never really had a peer group and mostly kept to myself. Each afternoon I would walk down the long empty hallway and quietly slip into my second classroom.
Unfortunately, Miss R. decided to make me a focal point for her wrath. I eventually became physically ill and missed several months of school. Finally I was evaluated by child psychologists and my parents were told my IQ was 143. The following school year, I skipped fifth grade and began attending a private school for gifted children. I felt like I had been released from a dungeon after years of isolation. I only hope that my case was not a common occurrence. Best of luck to all children who attend public schools.


Your observations are consistent with the philosophy of Dr. Maria Montessori. Please note not all self-identified “Montessori” establishments follow either her philosophy, principles, or practice; particularly in the USA where every adult must “earn their living” and so must “fit” the ideas that the parents of students (who pay for the education either directly or via taxes) bring. This set of principles is clearly and precisely stated, thank you.


This is a great article and so so true, I live in France and sadly full time school is compulsory from the age of three 😢 Homeschooling has just been banned as well so out of options. They are also shutting many independent schools and making it incredibly difficult to start/continue running one. Talk about indoctrination! My young children are wonderfully spirited and independent learners at home it really worries me how the strict school system here that crushes all creativity will affect them long-term.😭

I think it's pretty messed up that one of the main