I read often about people trying to decide whether or not to homeschool and wondering if they should give school a try first. As if maybe it’s only ok to consider deviating from the norm as the second option, if school doesn’t work out. Personally, we never even tried school and I’ve been thinking back to the moment we made the decision to forgo mainstream education…

We had been talking about homeschooling for a while. The pro’s and con’s, the how’s and why’s. It was a HUGE decision and a scary one. We too were afraid to take that final step, without a definite reason. We hadn’t tried school, we hadn’t had a bad experience, so there was nothing really pushing us to make the decision. So we decided that we would try out kindy and see if it was for us. We knew our options now, we knew we could homeschool if we wanted to, so we would give kindy a try and at the end of the year decide if we would continue on to school, or homeschool.

So we did what everyone else was doing. We found a lovely homely kindy that we liked, we took our daughter to have a look around for a morning, we put our names down, we were accepted, we had an interview, we payed the deposit. We were all ready to go! 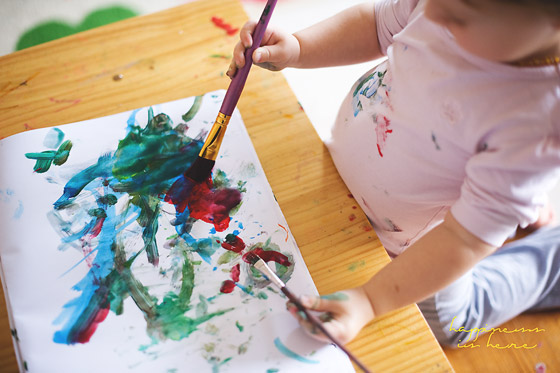 As the time got closer we started to talk about it more, about what would happen and what it would be like. She seemed excited. She had had a good time when we had been there and was especially taken with all the craft materials she would be able to use. Then one day when I mentioned how I would drop her off and she would have lots of fun and I would pick her up in the afternoon, she started to cry. She cried and cried, getting more and more upset. I couldn’t understand what was wrong all of a sudden. Eventually she calmed down enough to tell me that she thought it would be like when we went to visit and that I would stay with her. She didn’t want to go alone, no matter how fun it was and how nice the kindy seemed. She thought it was something we were doing together.

So now it was my time to choose how to respond. We were all set to go, we’d even payed a non-refundable deposit we were so sure this was what we were doing. I knew it was common for kids to take a while to adjust. I knew there were often tears. I knew what advice parents often received when facing this. ‘She’ll settle in’, ‘she won’t cry for long’, ‘she’ll be fine after you leave’, ‘after a few weeks it won’t be so hard’, ‘it will be good for her’. I knew that this was all apparently ‘normal’. But it didn’t feel too normal to me! This wasn’t how I’d responded to her tears and feelings in the past 4 years of her life, so why did things have to change now? The answer was they didn’t. 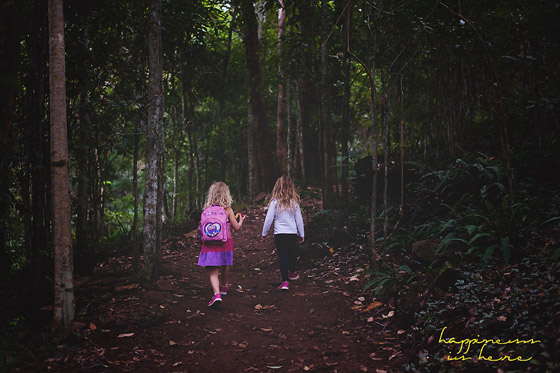 I remember receiving very similar advice when she was a young baby too, and we were all suffering from a lack of sleep. ‘Just let her cry’, ‘she has to learn’, ‘it won’t take long and she’ll adjust’, ‘you have to be strong’. Back then I had no trouble ignoring that advice and following my heart. It never felt right to leave my baby to cry. Though now even people who once would never have used controlled crying either were saying the same kinds of things. Suddenly when children turned 4, it was deemed necessary and acceptable. Now I was in new territory, out on my own, and I needed to do the same as I had always done. Trust myself. There will never be an age for me where I stop listening to her feelings and trusting my own instincts, no matter what ‘normal’ is.

So I decided to go against all that advice and continue parenting as I had always done. I told her that I wouldn’t make her do anything that she didn’t feel comfortable doing, or go anywhere she didn’t feel comfortable going. I decided that our relationship was the most important thing and after the past 4 years of parenting a certain way I wasn’t going to sacrifice all that now. Why is there a magic age when kids all of a sudden need to ‘grow up’ and ‘get used to it’? Sure, independence is important, but forced independence isn’t for us. Independence grows gradually and naturally through confidence and practice. And most commonly at an age greater than 3! Just because it has been decided by the powers that be that all children should start school at the same age, does not mean it is right for my child. She was thriving at home. Learning and growing at her own pace, excited by life, curious, adventurous, and immensely happy. Why change that? Why try to make her fit into a system that wasn’t willing to adapt to her individual needs, when I could instead let her live a life that perfectly suited her. When I could give her freedom, childhood, fun, ample time with siblings, and a great education? 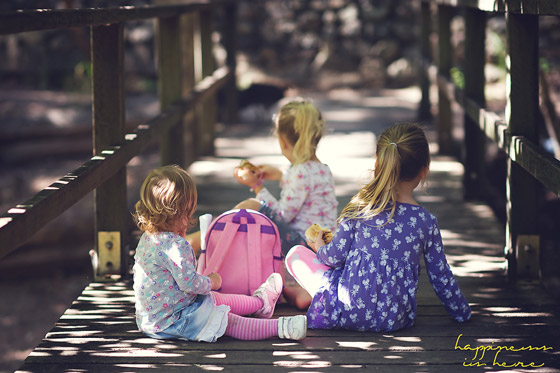 There are so many voices telling parents that the normal thing is to wait it out, kids will get used to it, just keep going no matter how you feel, you have to be tough, it’s good for them in the long run. And for some that is the path they want to take, or it’s not even an issue because their children are ready for kindy or school at a younger age. But just because it’s the most common thing to do, doesn’t mean it’s right for your family. You get to choose that! There are so many articles about ‘school adjustment’ explaining away what are sometimes quite worrying symptoms as ‘normal’ to comfort parents. It can make you feel as if you’re doing the wrong thing by listening to your children and taking their feelings seriously. But, we have followed our instincts for this long already and nothing suddenly changes when a child turns 4 or 5. You can take your time. There’s no need to hurry into any of this. ‘They have to get used to it sometime’ and all the other comments justifying pushing children who might not be ready to ‘adjust’ are unhelpful. Independence cannot be forced and I’m not willing to risk any consequences of trying.

So when our child wasn’t ready, we listened, and we gave her time. There is no ‘one size fits all’ approach so we carved out our own way.

And for us it just so happened that we found an even more ‘different’ path, and it is wonderful.

27 thoughts on “School: You Don’t Have to Adjust to That”