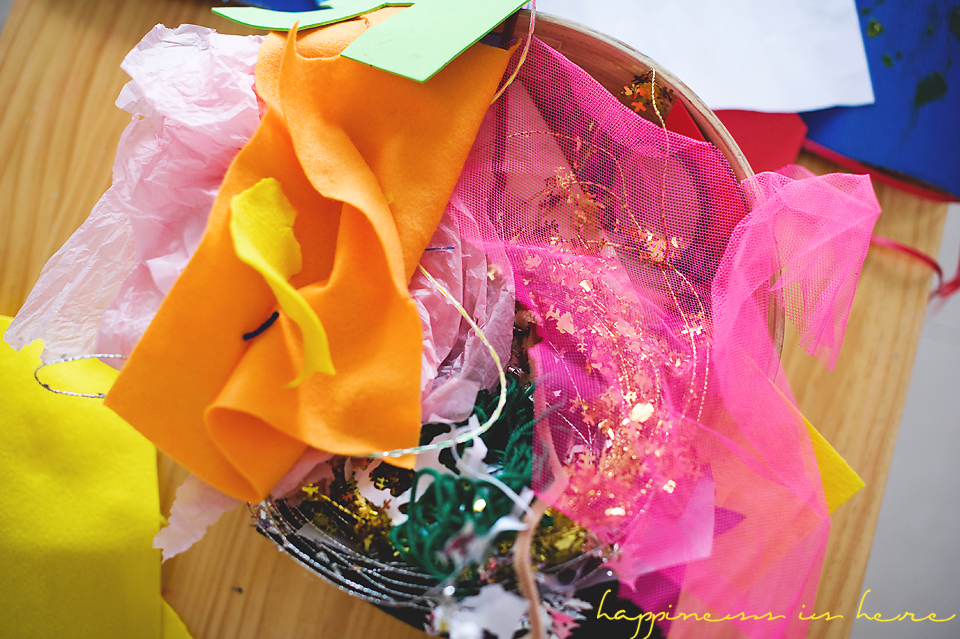 A couple of mornings ago, my 5 year old was down in the play room with the ‘scrap bowl’ busily crafting up something. A lot of huffing and sighing and comments of ‘ahh this is so hard!’ could be heard coming from down there. I continued what I was doing and didn’t say anything, she hadn’t asked for my help. Eventually she called out to me ‘Ahh Mum, I can’t do this!’. I walked over to see what she was doing. She was trying to cut up some felt but the scissors weren’t very sharp. 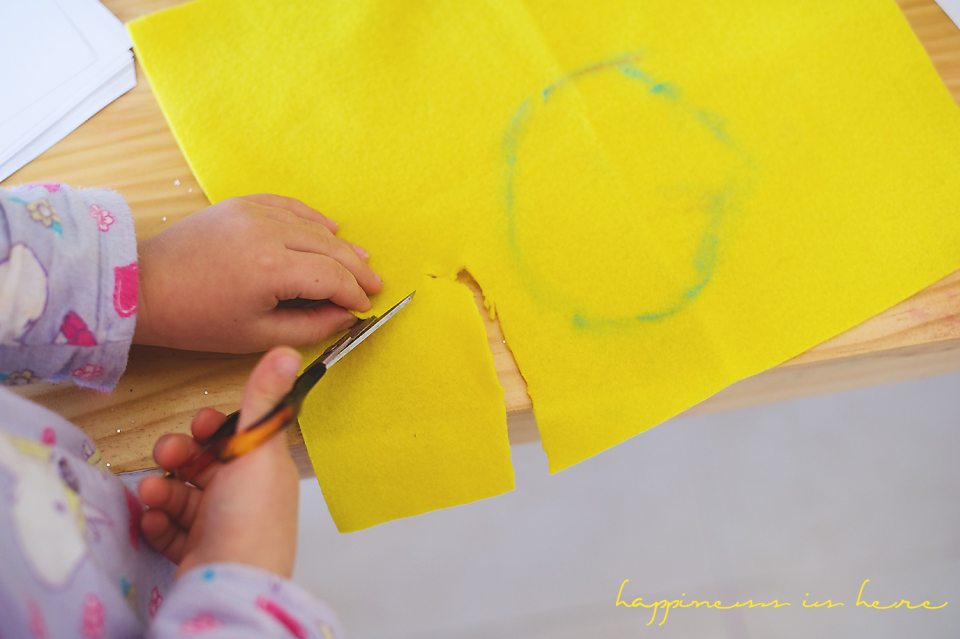 I continued to watch for a couple more minutes. She kept going with what she was doing and wasn’t talking to me anymore, so I went back to what I was doing.

Ten minutes later she came to show me what she had done. She had made a device to deliver letters. I held one end of the string and she held the other and pushed the package down to me that contained the note. She had attached the package to a drinking straw so that it would move along the string. She was so pleased that she had made it all herself and wore the proudest expression on her face. I was very impressed too! I am working on not offering empty praise and so I commented ‘you worked really hard on this and did it all by yourself’. She gave me one of her beautiful smiles. 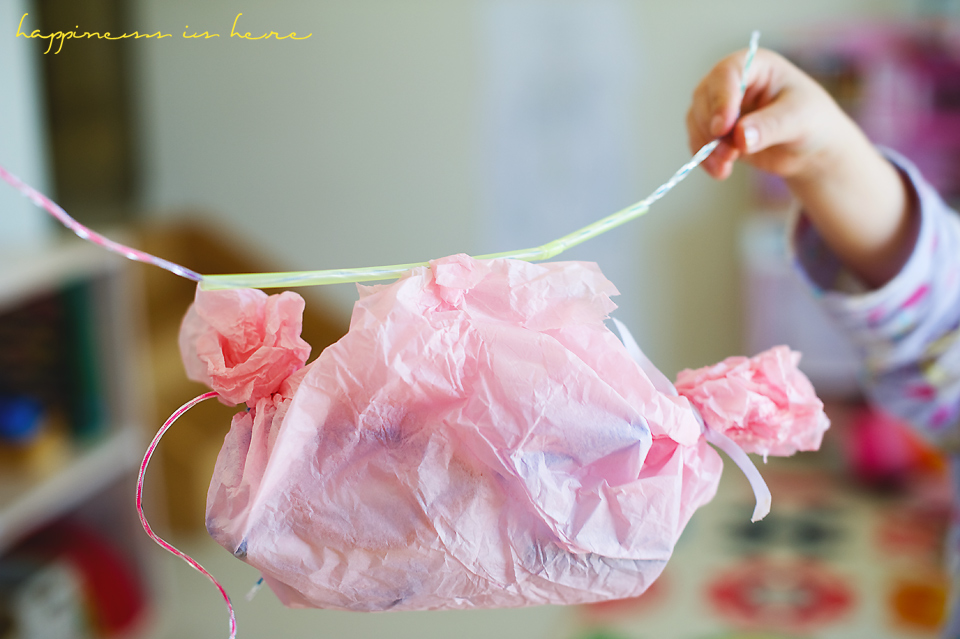 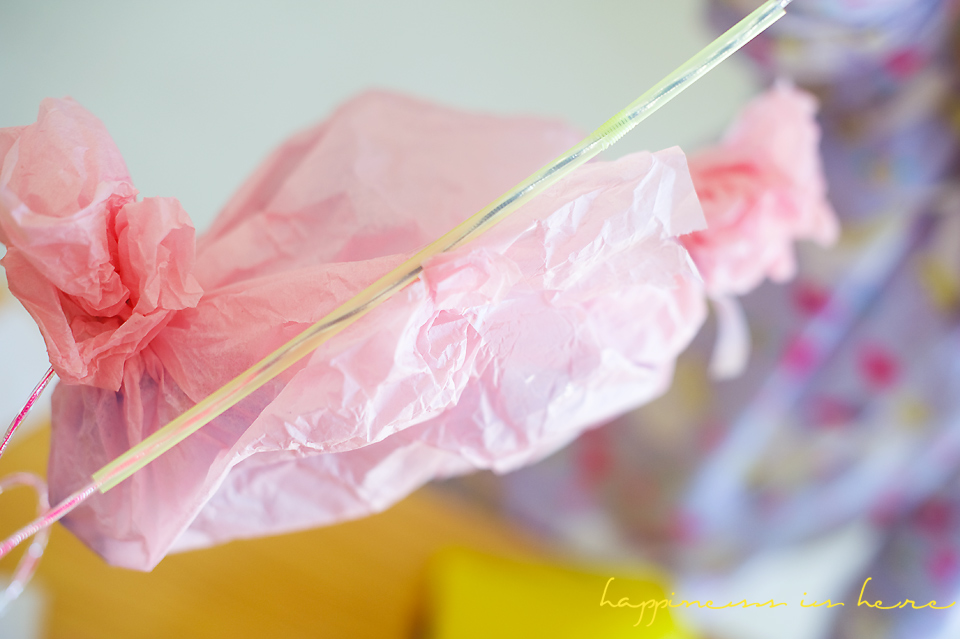 This could have all worked out so differently. When I see her struggling and getting frustrated my hands want to jump in and do it for her. I want to offer suggestions to help her figure it out. And I have made this mistake in the past. If when she had said she couldn’t do it I had taken over and done it for her, then she would have asked me to stay and keep helping her. I would have shown her that I didn’t think she was capable of doing it herself, making her unsure of her abilities, and causing her to keep asking for more and more help. It is likely that at the next hurdle she would have given up because she couldn’t do it as well as I could. She would have learned that the feeling of frustration is something she can’t overcome.

Instead, for her, frustration is just part of the process. By letting her experience it, instead of trying to save her from it, I show her that I trust her and think she is capable. It’s hard for me. Frustration is an uncomfortable emotion. Watching her frustration makes me feel anxious and so in order to not interfere I sometimes have to walk away, like I did this time. But in this frustration is where the real learning happens. If I interrupt and show her how to do it, she is not learning anything. But that frustration of not being able to do it how she wants to inspires her to come up with new ideas, to test things out, to learn! And the feeling of accomplishment is so much greater when she has worked something out on her own. My job is just to support this process.

So instead of trying to avoid it, I welcome frustration.

‘I think Jean Piaget said it beautifully: When you teach a child something, you take away forever his chance of discovering it for himself.’ 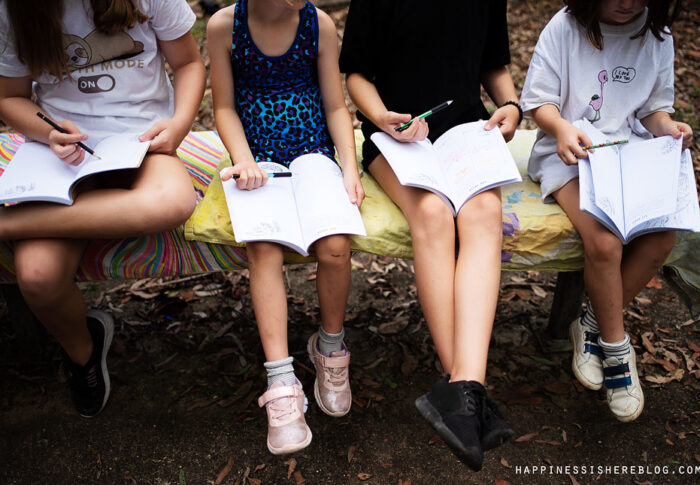 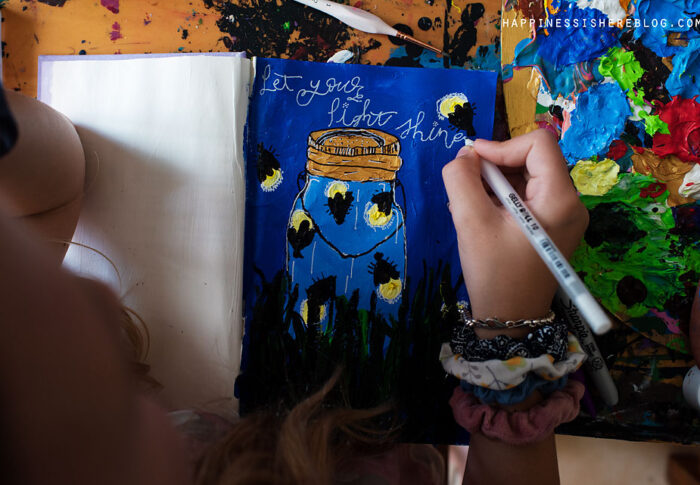 
What a wonderful creation! Thank you for sharing. Too often I jump in and help when my kids are frustrated. I will certainly have to work harder at not ‘helping’ as much 🙂


It can be so hard to walk away! Teaching in preschools I often reflect on whether I talk enough compared to other teachers. Sometimes I think I’m too quiet but then I read I post like this and think I don’t need to fill all the space, sometimes just being there is enough sometimes.


Exactly! It sure is enough 🙂


I read this post last night. Today I was out in the garden doing some sensory play with our gorgeous toddler and your words kept bouncing around in my head. Thanks for sharing an awesome lesson and helping me STOP helping him 🙂 loved to see trial and error pay off