From when my children were babies, we had always just put them to bed when they were tired, no bedtime battles. Seems like the obvious thing to do right? No one wants to be fighting to get a baby to sleep who isn’t tired yet. The older two naturally seemed to go to bed around 8.30pm every night from a young age. Luckily for me they also still had daytime naps for a long time. My eldest didn’t give them up until she was 5 and her sister stopped at the same time. When that happened, they were tired much earlier in the evening and started going to bed at 7pm.

Well, my husband and I got quite used to this! We had time in the evening to relax together, eat secret chocolate, and watch whatever we liked on TV. As they got older and more used to not having naps they weren’t as tired at bed time. Still, we weren’t ready to give up our time so easily. We started to become the enforcers of 7pm bed time. This was not a fun role to play. The girls were taking longer and longer to get to sleep and we were resorting to more and more undesirable tactics that weren’t a part of how we wanted to parent. It kind of just crept up on us until one day we realised what we were doing. 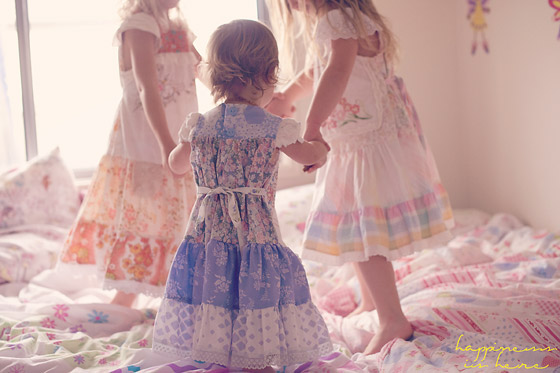 We questioned why on earth we were enforcing this arbitrary bed time when they weren’t even tired at this time, and faced up to the reality that it was for our own selfish reasons. We looked forward to the peace and quiet at the end of the day. We saw it as our time and didn’t want it interrupted. We wanted them to go to sleep when we wanted them to, not when they were ready. Were these good enough reasons?

For us, no. Sure, this time is important to us and we definitely need some chill out time at the end of the day. But, our needs aren’t of greater importance than theirs. We are all equal here. When one person’s needs start infringing on the rights of others, that’s not going to lead to a happy home. And we could definitely see that! We needed to make sure everyone’s needs were being met. 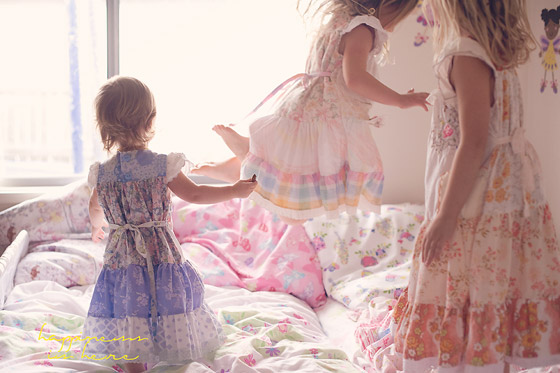 So, we decided to ditch ‘bed time’ altogether! We even told the kids this. I explained that we realised it wasn’t very fair to make them go to bed when they weren’t tired, and from now on there would be no more bed time. I told them that they could just tell me when they were tired and then we would read stories and they could hop into bed.

We expected at first that they would go a little wild with this new found freedom and stay up as late as they could. But we committed to giving it time and trusted that once they realised this wasn’t a joke and we weren’t going to go back to how things were, they would begin to listen to their bodies and make the right choices for them. And after all, that’s what we want really isn’t it? For them to be able to make these kinds of decisions, to learn to listen to their bodies, trust themselves, and develop healthy sleeping habits. Us trying to tell them when they were tired only interfered with that. 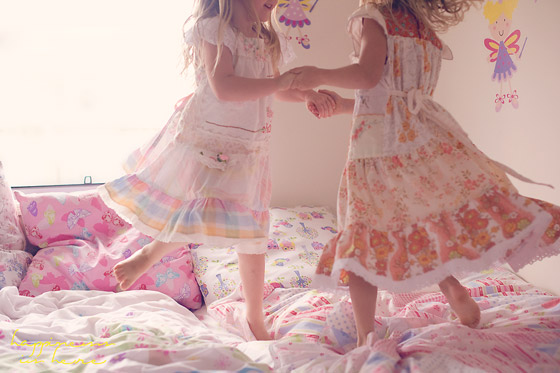 Surprisingly the first night they chose to go to bed at 8pm! Not exactly a crazy bed time. And night after night they continued to do the same. I think since we started this (a couple of months ago) there has only been a couple of instances when they have gone to bed after 8.30pm and these have been because something exciting was happening that they wanted to stay up for. Now everyone’s needs are being met. Bed time is much easier and calmer. They feel more in control of their own bodies and lives. And we are still getting our chill out time after they are in bed anyway. There was nothing to lose and everything to gain by giving up bed time.

And if things hadn’t gone so smoothly? What if they had started staying up half the night and it was clearly affecting them the next day? Well I would have talked about it with them. It’s not all or nothing when you choose to give kids more control. We don’t either have a strict bed time or else it’s ‘fend for yourselves kids, I don’t care’! Total lack of parenting is not the only other option to strict rules. Of course you’re there to guide and help them think about the consequences of their actions and choices. 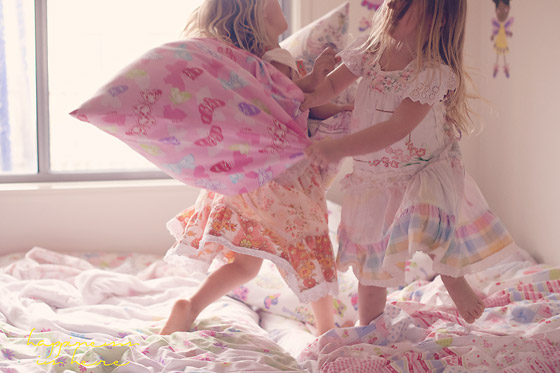 Once again we got another lesson in trust. We have had it many times before but I guess we needed it again. Parenting for me has been a gradual letting go of ‘the way it’s always been done’ and questioning why we do the things we do. Why do we need to have a set bed time? We don’t. I don’t get tired at the same time every night, and it is extremely difficult for me to get to sleep before I’m ready. Why on earth would I think it was any different for children? Children CAN be trusted to know their own bodies and make their own decisions, if they are allowed that right. We even homeschool so we have nowhere to be early the next day if they do choose to stay up late. There were no excuses for us. So many people think that without strict control kids will go wild, but mine have never shown this to be the case yet. And so I will give them as much freedom as I can, because after all they are people too, and their needs matter. 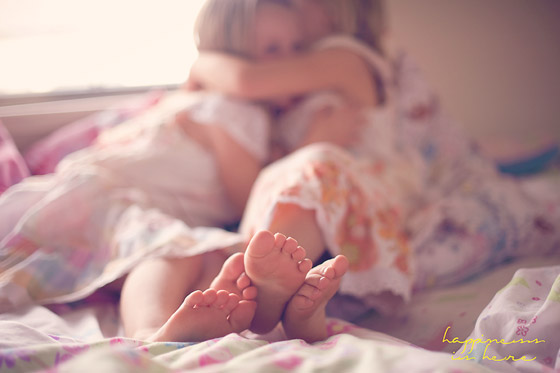 75 thoughts on “Why We Ditched Bedtime”

"We all desire to give our children the best advan