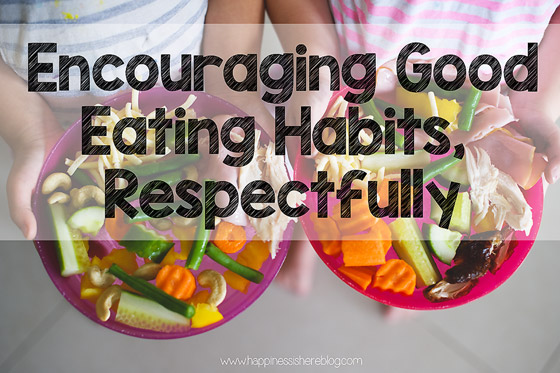 What is this obsession we have with making children eat? Ok, it’s obvious I know, we need to make sure they’re healthy! But, in the absence of any health issues, do we really need to force them to eat? Are they really likely to starve themselves when provided with a house full of healthy food choices?

Do you know what I’m sick of hearing?

‘See who can be the first to finish their lunch’

‘You’re such a good girl eating all of your dinner!’

I understand these are really common things to say and maybe I’ve offended some people already! I am not immune, I have said a couple of these things more often than I like. But it’s time for it to stop! Imagine if my husband said that to me? Well, I would be mighty ticked off. Who does he think he is to tell me what and when and how much to eat? I imagine my children feel the same every time something similar slips out of my mouth, or every time we are eating with others and people seem to want to evaluate their eating success.

Well no wonder mealtimes become one of the biggest battlegrounds. We’re inviting it! Constantly trying to manipulate and coerce our children into pleasing us with their eating habits. How absurd when you really think about it! No wonder children resist. Eating, drinking, and sleeping are pretty basic human functions that we all need to do. If they can’t even have control over them then how powerless they must feel. It’s like trying to get our kids to poop to our schedule! Kids deserve to eat when they’re hungry, drink when they’re thirsty, sleep when they’re tired, and poop whenever they need to. Without having to stick to someone else’s schedule, and without being shamed if they don’t live up to someone else’s expectations.

We all want to have ‘good’ eaters and healthy kids. But, our kids aren’t out shopping for their own food. All we need to do is to provide healthy meals and snacks. That’s our job. Our children’s job is to follow their own body and eat when they’re hungry. We don’t need to interfere with that. It seems like coercing children into eating more or different foods might make them grow up to be better eaters, but this view is misguided. In my experience trying to force a ‘picky’ child to eat something she doesn’t like, or keep eating when she’s full, and then shaming her when she doesn’t, does not cure her ‘pickiness’. It does make her pretty angry and resentful though!

So let’s stop all this madness hey? It’s not effective, and it’s not respectful. We can trust children to be in charge of their own bodies and eat when they’re hungry. And they surely deserve this trust and respect, right?

So, these are some of the things I am doing instead:

Start at the beginning 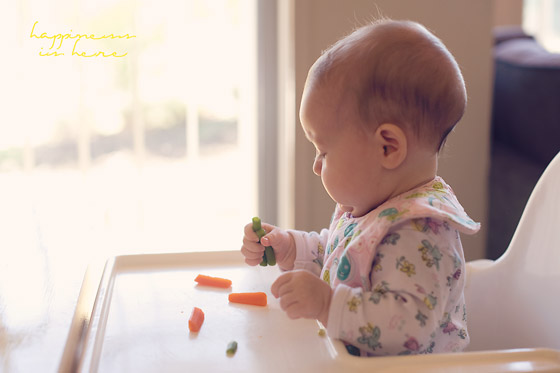 And by the beginning I mean birth! Babies know when they’re hungry from birth. Feed on demand, not on a schedule, if you can. When you start solids baby can feed themselves right from the start. We started at the recommended 6 months with all our kids and it was finger foods from the start. No purees or mixing fruit with vegetables, just whole foods. Then baby can taste what real food is like, feed themselves, and control their own intake. They are more than capable!

Well, that’s obvious isn’t it. But what I mean is, provide only things you’re happy for them to eat. Then there’s no need for you to be the controller of all food. Give them as much autonomy as possible. I like giving the kids a chopping board and veggies and letting them chop up pieces of whichever they want for their lunch. They’re still choosing what they want, I don’t have to tell them ‘not too much of that’ or ‘eat all your veggies’. If I don’t want them to eat junk all day then I don’t have junk in the house. 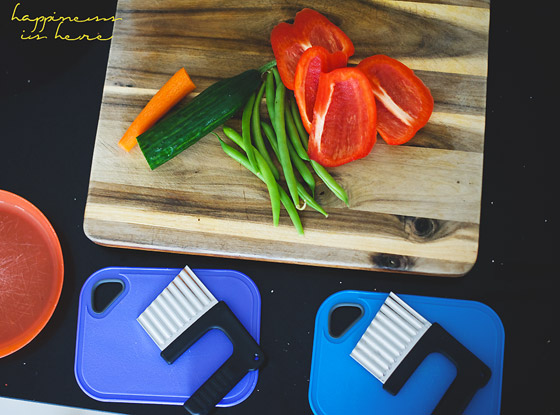 There’s really no need to comment, positively or negatively. Do I want people to tell me ‘well done you ate all your dinner!’ when I finish a meal? No. It’s really none of our business. We’ve provided the food, our job is over. Try not to fall into the trap of praising for ‘good’ eating, comparing siblings against each other, bribing, or shaming. That’s just not fun for anyone and as far as I can see could end up setting a child up for unhealthy eating habits. Food is about nourishing our bodies, not about control and pleasing others.

“In terms of how much they eat, then, children seem to have a remarkable capacity for self-regulation. Unless, that is, we try to run their bodies for them. Two nutritionists in Illinois conducted a fascinating experiment a few years ago. They observed 77 children between the ages of two and four, and also learned how much their parents attempted to control their eating habits. They discovered that those parents who insisted their children eat only during mealtimes (rather than when they were hungry), or who encouraged them to clean their plates (even when they obviously weren’t hungry), or who used food (especially desserts) as a reward wound up with children who lost the ability to regulate their caloric intake.” -Alfie Kohn

Let them eat on their schedule

I know traditionally there’s breakfast, lunch, and dinnertime. But is it a big deal if our children aren’t quite on our schedule yet? Maybe they need dinner earlier? It’s not a huge problem. Trying to force them to eat when we’re hungry doesn’t sound like a very sensible thing to do. Be flexible! 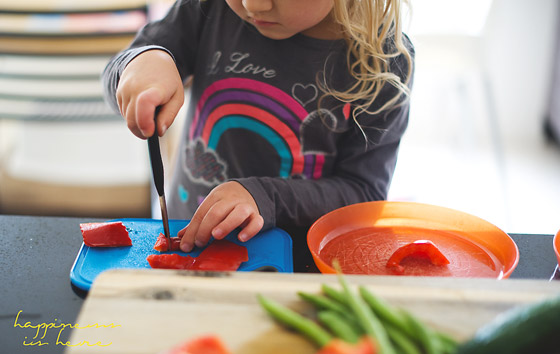 It can be frustrating having to prepare food all day. Especially if your children are not hungry at mealtimes and end up wanting something to eat not long after you’ve packed up! This can easily lead to trying to pressure them to eat at more convenient times. Instead, encourage them to prepare their own foods when they’re able. Set up your kitchen so their plates and cups are easy to reach. Have snacks ready in the fridge that they can access themselves. 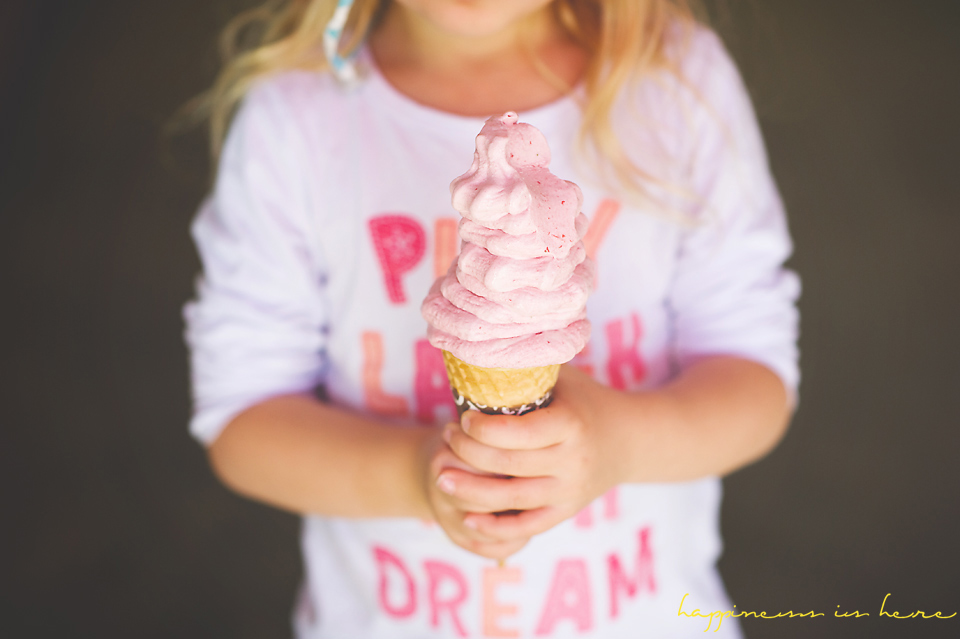 I’m still working on this! I never wanted to even use the word ‘treat’ but here we are. My kids know what treats are and you can bet they like them! I don’t have a problem with sweet treats occasionally and I don’t want them to see them as something forbidden or a reward. So we talk about what foods are used for in our body, what ones are best for us, what too much sugar does, etc. We’re working on not making ‘treats’ a big deal, we don’t use them as a reward, and we’re trying not to have many available as I mentioned before, so that we don’t have to have restrictions around food, making them seem even more enticing.

Cook with your kids

Involve the kids in food preparation! They’re learning, it’s fun, and they’re more likely to try something new if they’ve helped make it. Most kids love to cook. 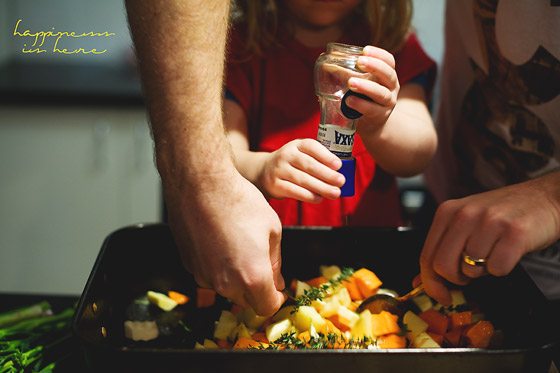 So that’s where we’re at at the moment. What are mealtimes like in your house? Have you got it all figured out, or are there things you would like to change? Got any other tips to add for me?