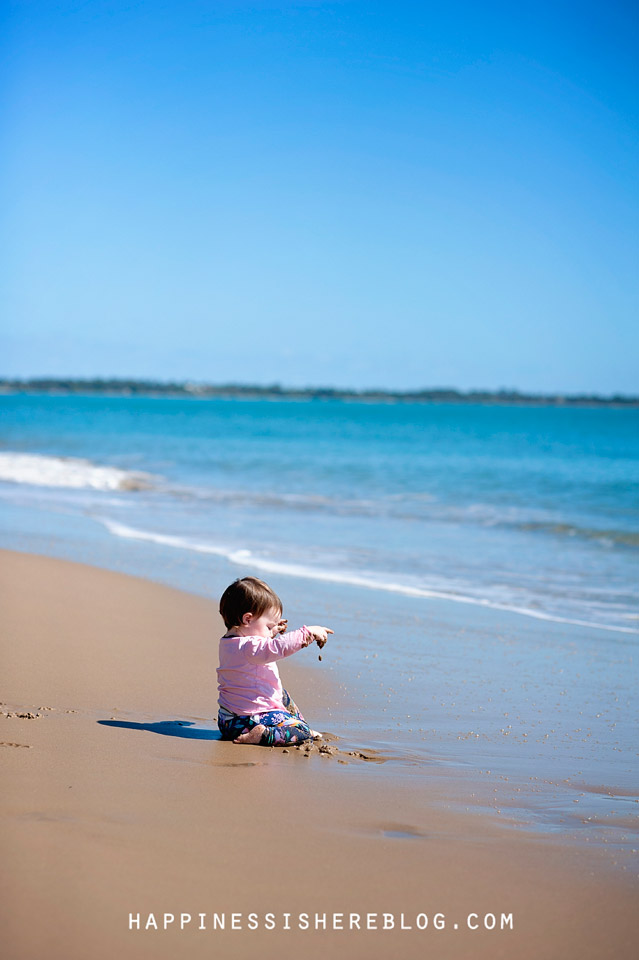 She picks up the wet sand in her chubby hands and slowly lets it drop.

Seeing how far she can throw it.

She is totally absorbed in play.

I watch her, out of her view, my free-range baby. Is there anything more mesmerising than watching your baby discover something new? It’s one of my favourite things to do. To see them play and explore, experimenting and learning. 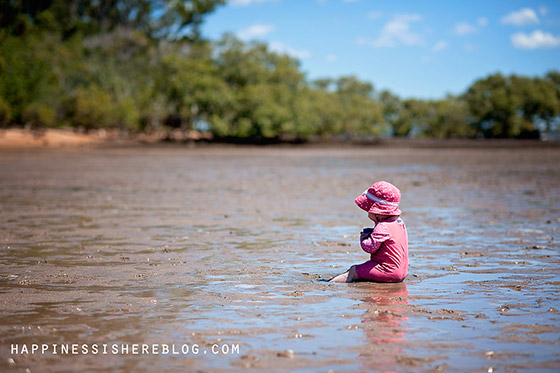 I don’t think I was quite as relaxed with my first daughter. She didn’t get the benefit of my experience in her baby years. She spent a lot more time indoors than in dirt. I remember the sight of a dead fly on the floor would have her screaming in terror! Until she was about four. And then suddenly she seemed to get a lot more adventurous. She was out there climbing trees, digging up worms, rolling down hills, capturing ladybugs. She is still the same. Nature is her happy place.

Looking back, I wonder if her love of all things wild coincided with me relaxing and consciously making more time for outdoor play. I think it’s likely.

People often ask me at what age I start giving my children more freedom and independence, and the only answer I have is ‘from birth’. First time around I was a little more concerned about mess, and ‘being careful’ and doing things ‘right’. Now I know that freedom and independence aren’t things for me to grant my children. They are rights that should be protected for all, no matter what age. 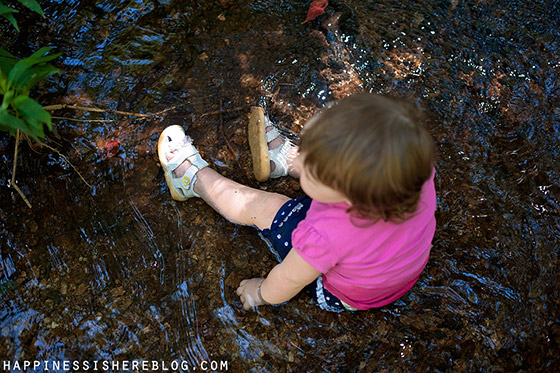 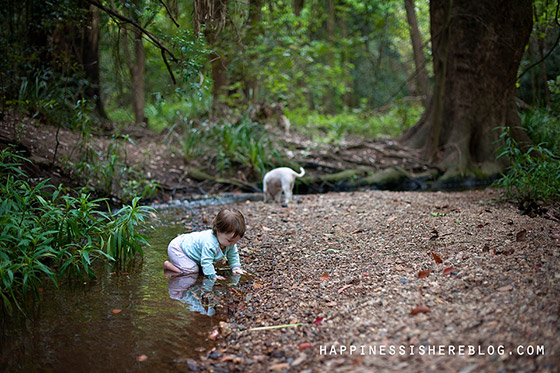 Take those babies outside! Let them play in the creek. Let them taste the water. Let them throw mud. 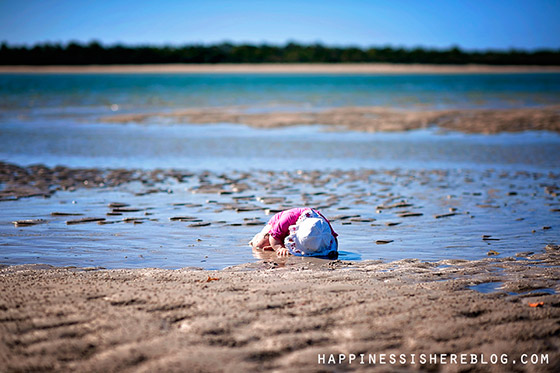 Let them experience the world with their whole bodies. This is how they learn! The moment I captured in the picture above made my heart sing. She sat here for ages looking at the thin layer of water over the sand. Lowering her head down until her forehead was in the water, feeling the cool sand pressed against her forehead. Watch a baby immersed in play for an hour and you will remember what life is really about. 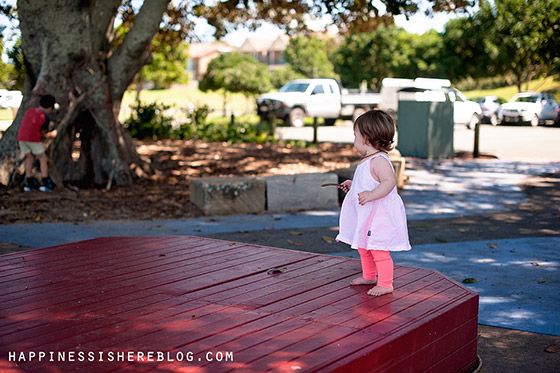 Let them climb. My first baby wasn’t a ‘climber’ (or was that because I was fearful and never let her climb? hmm) but the next three definitely were. Trust your baby! Let them get to know and be confident in their bodies and capabilities. Don’t even tell them to be careful, seriously. Just stay close and spot them if they get to a height where they could hurt themselves. I currently have a toddler who likes standing on the edge of the dining table. Nerve wracking for me, thrilling for her. 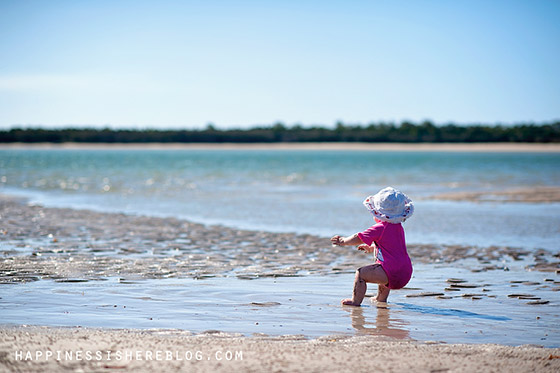 Let them fall. Ok not head first onto concrete. But a little bump or trip on the grass never hurt anyone. Let them make mistakes and learn from them. Try not to hover around and make them nervous. 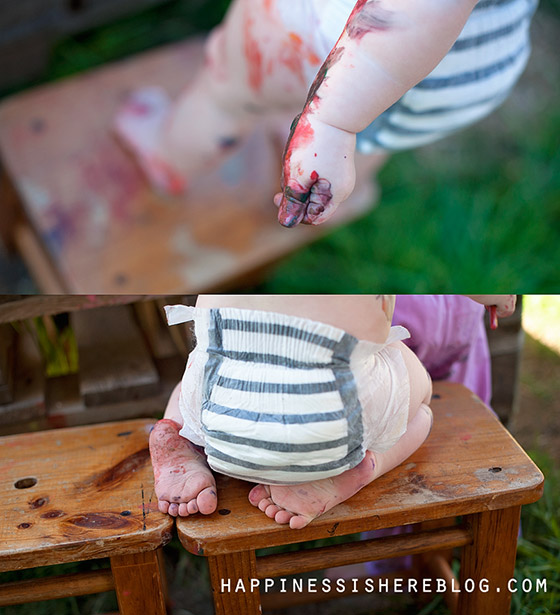 Let them get messy! Even babies love painting you know. 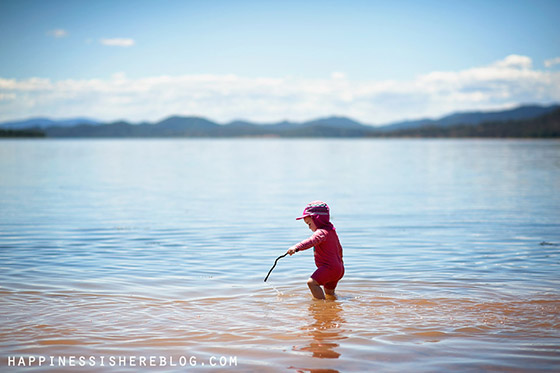 Let them wander. Probably not in a crowd where they could get lost, but toddlers love to wander. To see how far they can go on their own, to test their limits. If you’re somewhere safe where you can see far, then let them go off and explore on their own. Even babies like risky play. 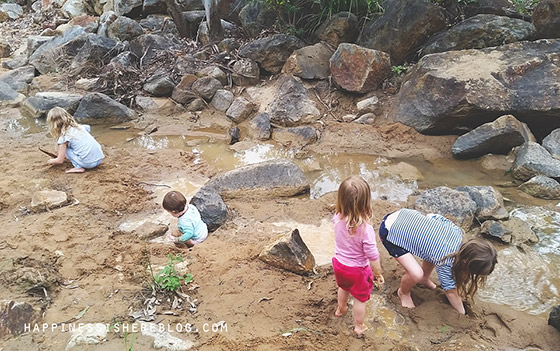 Let them try! Let them try most anything they feel capable of, even if you know they can’t do it. You could be surprised. But if not, it’s better they find out for themselves anyway. My baby wants to do everything her big sisters do. I watch as she has a go and often find she’s perfectly capable of finding a way to join in. Don’t underestimate them. You’ll never know what they’re capable of if they’re never allowed to try. 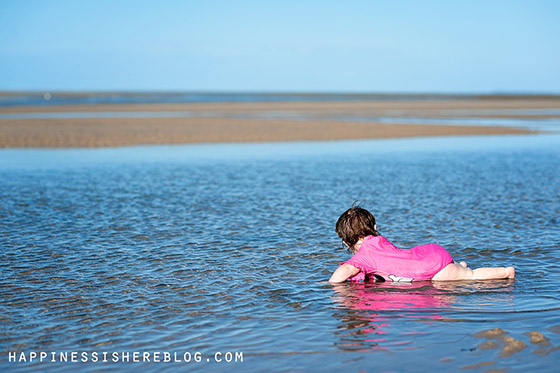 Let them be free! You’re never too young to have your freedom and independence respected. Even newborns benefit from independent play time. We don’t need to micromanage their lives, set arbitrary limits, or intervene in their play. The best time to start trusting your baby is now. Take a step back and witness their magic.

Babies are capable and whole human beings from the moment they’re born, let’s treat them that way! 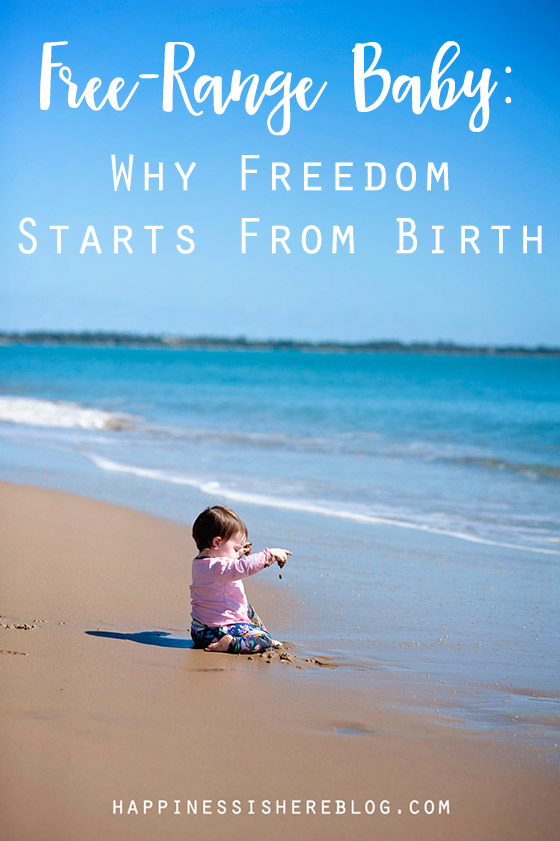 26 thoughts on “Free-Range Baby: Why Freedom Starts From Birth”

Some of the kids enjoying nature journaling togeth