We spend hours and hours outside in nature with friends each week. The children never tire of it. Even after 5 hours playing they are never quite ready to leave.

Time in nature is important to us, and we make it a priority. 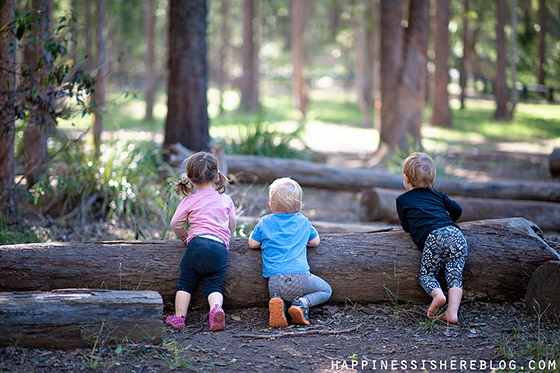 “Passion is lifted from the earth itself by the muddy hands of the young; it travels along grass-stained sleeves to the heart. If we are going to save environmentalism and the environment, we must also save an endangered indicator species: the child in nature.”
― Richard Louv, Last Child in the Woods

On this particular day, a school group was having an excursion at the same place we were sitting. We sighed inwardly. Ok outwardly, let’s be honest, we’re a bunch of passionate unschoolers. We expected that things would be a bit less peaceful than usual considering we’re used to having most nature spots to ourselves.

We needn’t have worried.

Sure, they were physically there. But they didn’t make any noise. They didn’t venture from their designated area. They may as well have not been there at all.

Actually, I’m not exactly sure why they were.

They marched in, two by two, spread out a mat, and there they stayed. Seated. Practically silent. Instructed to ‘shh’ and ‘sit down’ and eat their lunch. 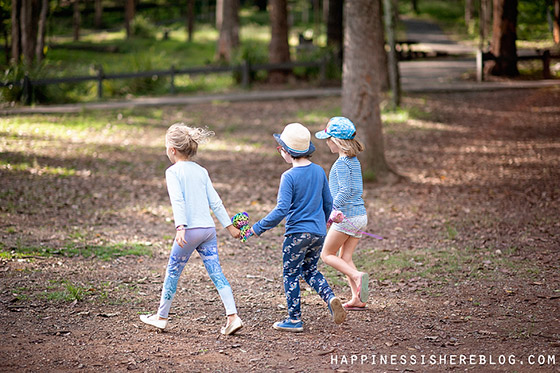 Our children ran down to meet friends, excitedly shouting ‘hello’, sharing things they’d brought, helping themselves to food, and then running off to play together.

The stark contrast in the different ‘experiences’ of nature was apparent from the beginning.

Things didn’t get better from here. 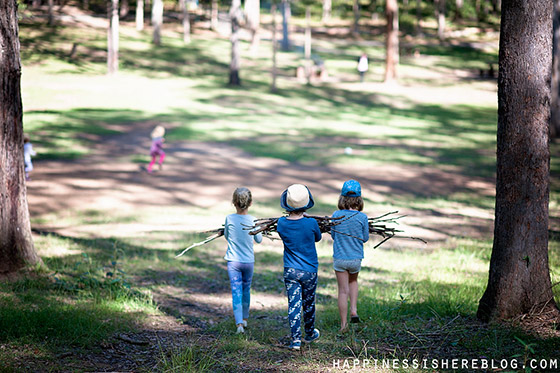 Our children collected sticks to make a pretend fire. 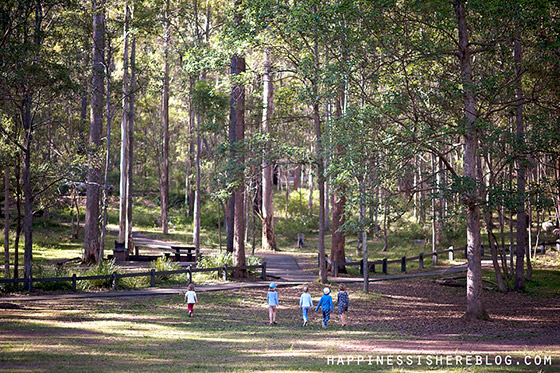 Our children ventured off into the distance to play a game of ‘families’. 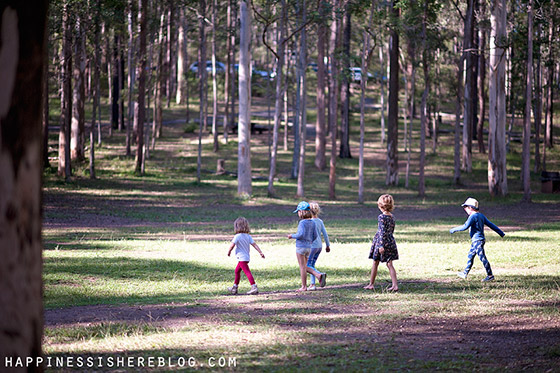 Our children ran back to collect some food to take back and share as a group.

The school children had a brief reprieve from ‘work’ where they stood, on their mat, silently doing some teacher-led stretches. And then? They sat.

Our children’s yells and laughter could be heard from quite an impressive distance. 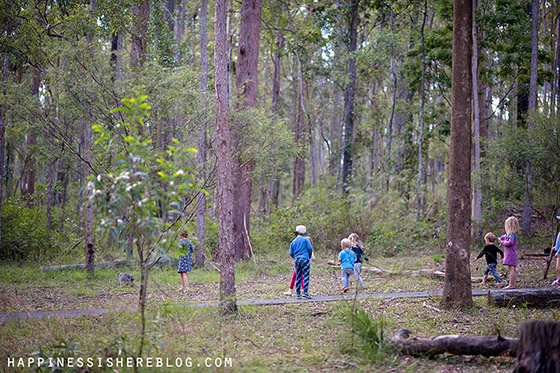 Our children spotted a wallaby and followed it excitedly, observing what it was up to.

The school children sat, on their mat, eyes on their worksheets.

Our children decided on a new project and went to look for supplies.

The school children sat and listened to a guided meditation. 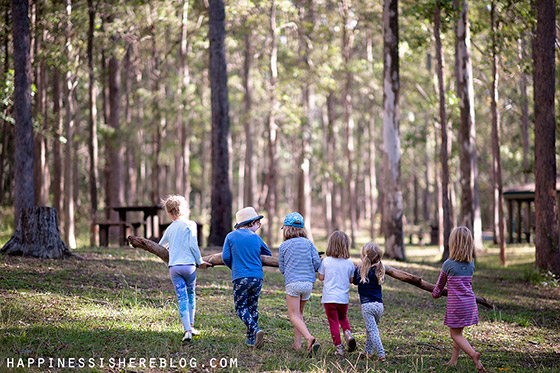 Our children worked together to carry heavy branches for a shelter they were constructing.

The school children ran! But our excitement at their momentary freedom was short-lived. They didn’t run freely to play. They ran in a group, under the instruction of a teacher, to a tree and back three times. Thirty seconds of meaningless movement and then what? You guessed it. They sat. 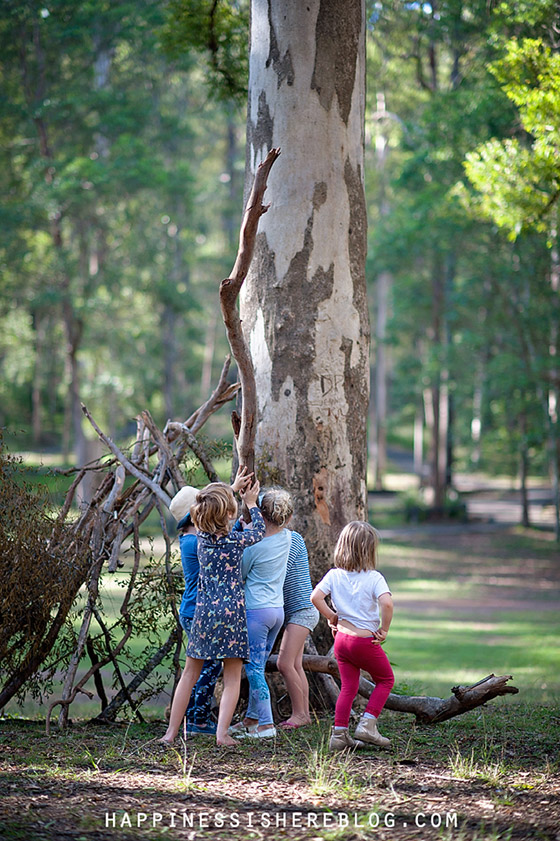 Our children collaborated, negotiated, and cooperated on a mutually agreed upon goal. Together lifting the branches to place them where they wanted. 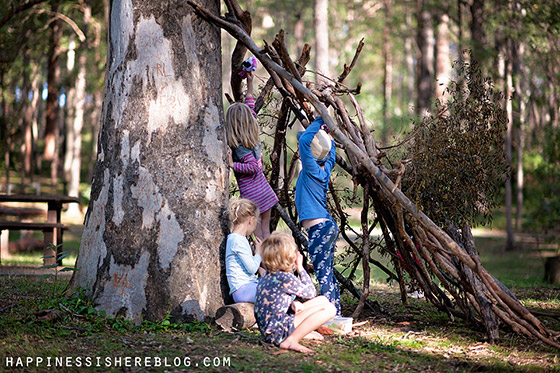 Our children huddled together in their shelter playing with some toys they’d bought, and sharing food.

The school children were marched in line back to the bus from where they came. No time for anything outside of what had been planned for them. 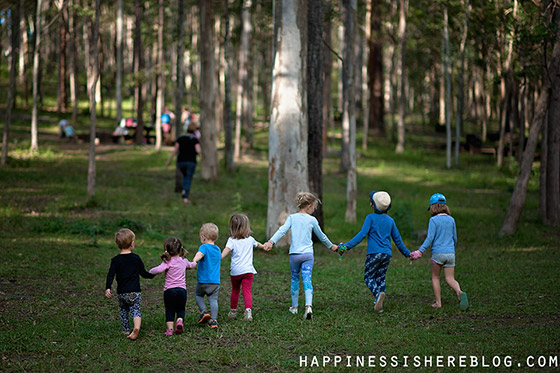 Our children played on for long after they were gone. They eventually walked back, hand in hand, to where the parents were sitting, sad that it was time to go home.

As I surveyed the scene, my child, full of life, calling to her friends, and in the background, a group of children all dressed the same doing their stretches, I was left dumbfounded, outraged, and sad by what we had witnessed. What had been the point of this entire exercise? Why had they come? They were surrounded by such beauty! Wide open spaces to run, trees, sticks, rocks, dirt, grass, wildlife. It was a child’s dream! And yet, they experienced none of it. Instead of letting the children run and play they literally had them stand silently and stretch for exercise. If I had of written a parody of this situation I couldn’t have done it better. 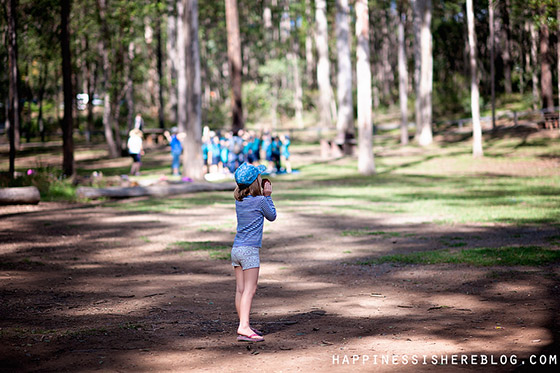 Instead of being allowed to play, to learn naturally, to be creative, inspired, invigorated, autonomous, joyful, spontaneous, animated, respected, self-motivated, and free… there they sat. Silently. Not even on the grass! All they had done could have happened in a classroom, just like every other school day. An opportunity had been thoroughly missed. And unfortunately, this is not a unique incident. Whenever we see a school group out in the real world, there they are with their clipboards and worksheets, standing in line, following instructions, shoes on (even at the beach!), not interacting with the environment they are visiting.

I do not have the details of exactly what this group were doing, but I am having trouble imagining what could be more interesting, valuable, and important than experiencing the wonderful environment around them. The only reason I can come up with that they ventured out was so that they could tick ‘nature excursion’ off the list. That the school could boast about all the wonderful ‘opportunities’ and experiences kids had. I imagine their parents, happy that they’d been taken out to have fun, unaware of what this ‘nature time’ really looked like.

This could have been so much more. But at school, play is not enough. A child’s games are not enough. A child is not to be trusted to play without constant supervision. A child is not capable of being safe and reasonable. A child does not know best how they should spend their time. After all, there was nothing tangible our children had to show for their day. You can’t measure full hearts, inspired minds, tree climbing, grubby hands, sore muscles from running and lifting, love between friends, cooperation, the feeling of bare feet connected to the earth. But a worksheet is something valuable, right? You want something that shows a child did something. Doesn’t really matter how they felt about it, or if any real learning occurred. 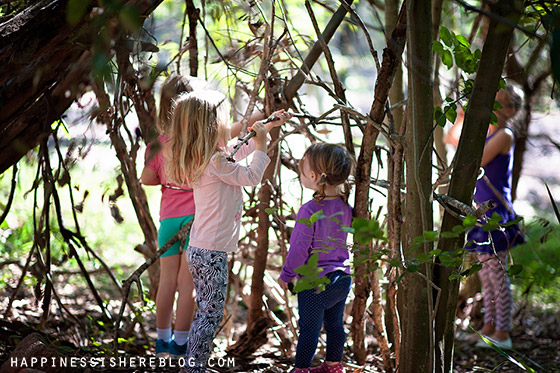 “The great purpose of school can be realized better in dark, airless, ugly places. It is to master the physical self, to transcend the beauty of nature. School should develop the power to withdraw from the external world.” – William Torrey Harris, U.S. Commissioner of Education 1889-1906

What are we honestly doing to children? I’m not sure if the work they were completing was even vaguely related to their environment, considering they were not getting up to investigate anything. It was possibly just the same old story, different location. I imagine there was a nature theme though right? So this is our idea of educating kids about the earth. You take them out of their natural environment, stop them from experiencing nature firsthand, and then expect to artificially inject them with all the required information they need. You take them on a few field trips where they barely get a whiff of the beauty that surrounds them and pat yourself on the back for this bright idea. What absolute nonsense.

“One of the great tragedies of schooling is how it has ripped people out from nature and locked them up into rooms for eight hours a day. And, I think the profound kind of damage that it’s doing to us we’ll only recognise generations from now and we’ll look back and say, “How could we have done this kind of thing to people?”, thinking that creating concrete jails and locking people up and giving them books that tell them about nature is a better way to think about life than actually spending time in nature.” -Manish Jain, Schooling the World

And I know, we’re not supposed to criticise. We’re supposed to accept that schools have children’s best interests in mind. We’re not supposed to say that our way is ‘better’. They’re doing their best. Some kids love completing worksheets in nature. But for every person that is confronted by my words, there is another who is thankful. Who tells me they feel less alone. Who feels supported when they too stand up and say this is wrong. Who feels more able to find another solution for their child. And that matters to me.

Children matter to me.

I reserve the right to have an opinion about the disrespectful treatment of children and the deep-rooted childism in our society.

Children deserve autonomy, respect, trust, and freedom. They deserve to play and run and be loud! They deserve to be taken seriously. They have a right to be themselves and make decisions about their own lives. They deserve real experiences in the world, not fake ones to satisfy a curriculum checklist. They need free play and time to connect with nature, and we do them harm by replacing this with adult controlled experiences.

This is not ok. Where did we go so wrong that this is now what environmental education looks like? What are you going to do about it? 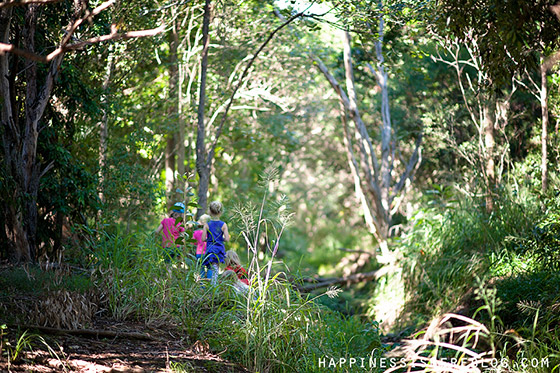 “Children are designed, by nature, to play and explore on their own, independently of adults. They need freedom in order to develop; without it they suffer. The drive to play freely is a basic, biological drive. Lack of free play may not kill the physical body, as would lack of food, air, or water, but it kills the spirit and stunts mental growth.” -Peter Gray, Free to Learn

24 thoughts on “The School Children? They Sat.”