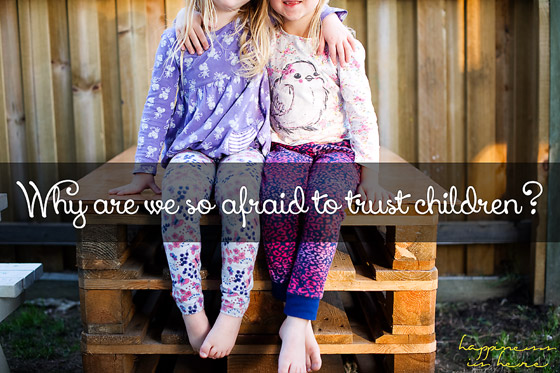 “We have a cultural notion that if children were not engineered, if we did not manipulate them, they would grow up as beasts in the field. This is the wildest fallacy in the world.”

If you don’t know it by now, trust and freedom are two things I value pretty highly and try to make a priority for my children. I get the feeling this is pretty uncommon though. Whenever I post about things like my kids not having a set bedtime, not using punishment or rewards, not requiring obedience, not forcing them to clean up or eat their dinner, not forcing manners, or not smacking, there are a lot of negative comments. Not so much in my own circles, or from regular readers of my blog. I assume that most people who read my posts regularly have similar views to me. But if a post happens to be shared to a wider more mainstream audience, then there is outrage!

‘Kids need rules or they will grow up to be brats!’

‘This is what’s wrong with the world today’

‘Of course we need to tell kids what to do, how else will they know?’

‘This can’t be true’

‘And what happens when your kids grow up and nobody wants to be their friend because they are spoiled brats and used to getting their own way?’

‘Of course you need rules or your kids will walk all over you!’

It always makes me think, what a sad pessimistic view of children we have. The old ‘give them an inch and they’ll take a mile’. Like somehow our children are out to take advantage of us and we must maintain strict control at all times. Do we really believe that children are inherently bad? That given a chance they will always make the wrong choices? I certainly don’t! Perhaps if you live in a house where you are used to strict control, you might be more likely to do the wrong thing when the opportunity arises just to see what it’s like, or what will happen. Maybe a little bit of freedom is overwhelming and you don’t know what to do with it? But in a house where freedom abounds, where you are trusted, and the lines of communication are always open, I don’t find this to be the case at all. Children learn to make good choices by being allowed to practice making their own choices, and by learning through natural consequences instead of harsh imposed punishments.

Why are we so afraid to give them that opportunity? Why are we so very afraid of giving them too much freedom or trust? As if were we to even try it the damage would be irreparable. Most of the people who comment negatively have not even tried another approach. They say ‘if I did this, my children would take advantage of me’ like it’s a fact. But it is not. For some reason we have been led to believe this, but many children are growing up trusted and respected and they are not brats. They are confident and capable and a delight to be around. I have four of them right here. And no I’m not just ‘lucky’ and it’s not because they are girls, I know of many other kids and parents that are the same. 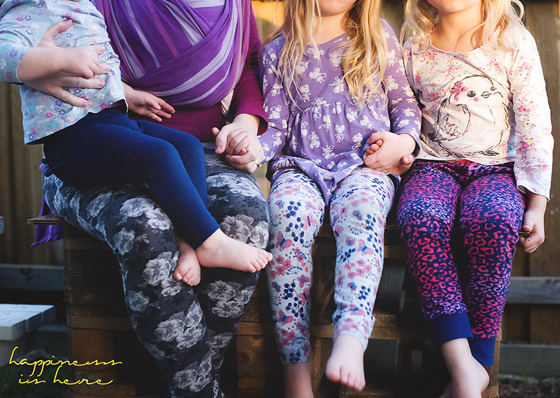 Most people it seems are too afraid to even try respectful parenting because they just know it couldn’t work. They ‘know a friend of a friend who was a permissive parent and their children were horrible’. Let me be clear. Respectful parenting is not permissive parenting. There are limits and boundaries but there is a lot of trust and respect too. People seem to believe it is either one or the other. Strict control or total neglect. They are scared to give their children too much freedom because it may mean they no longer have any influence over them. I beg to differ! When you have a relationship with your children based on trust and respect you have greater influence. You are no longer working against each other with one person giving the orders and trying to keep the other in line. You are a team. You talk about things together, you respect each other, you listen, you give advice, you comfort when things don’t go to plan. You model good decision making and behaviour, and you let them learn about the world and the consequences of their actions without judgment. When there is no fear of punishment they are much more likely to confide in you. When they are not constantly bombarded with rules, they are more likely to listen when it really matters.

And what happens when they make the wrong decisions? You talk about it! Giving them freedom and trust doesn’t mean they won’t ever do the wrong thing, and it doesn’t mean you just leave them to their own devices completely! Of course you step in and offer advice and suggestions when things don’t go to plan. Again, it’s not an all or nothing situation. Just treat them how you would want to be treated. If you made a mistake at work would you like to be yelled at and punished? Or would you like to talk it through, work out how to fix it, and decide how to avoid the same problem in the future? I’m guessing the latter.

Children are no less deserving of respect, trust, and freedom than adults. They are surprisingly capable when given the chance. If only people weren’t so afraid to give it to them. 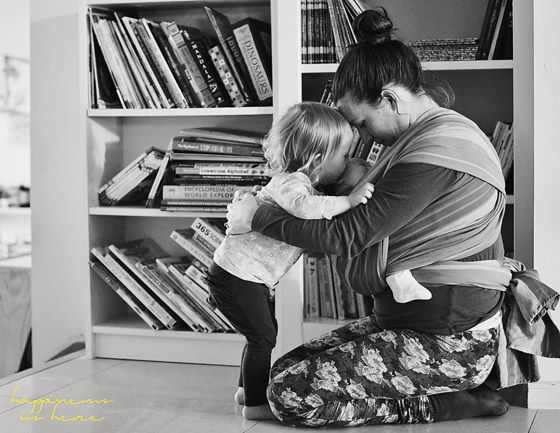 44 thoughts on “Why are we so afraid to trust children?”

Why are people struggling to get kids to do their